Strippers fight for a union, and AIPAC goes whole hog 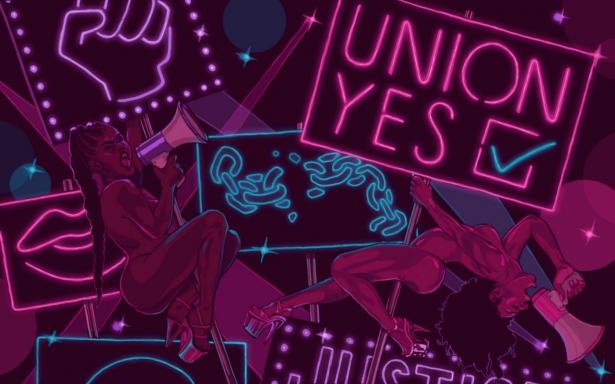 Sometimes you feel comforted in a sea of thousands, deferring to people—or vehicles—in positions of power, and sometimes you feel like standing with just a few hundred others, in colder temperatures and without a sound system, willing to loudly yell the word “abortion” without apology.

AIPAC Grovels to Trump
By Eric Alterman
The American Prospect

Turbo Israel hawk Lynn Cheney is on AIPAC’s shit list. The powerful lobby, erected in the name of defending Jews, has split from the “respectable” right, and is now part of MAGA—the most anti-Semitic government faction since before WW2.

How many assaults, rapes, and shootings will it take for these performers to be afforded even the basic protections a union could provide?

Michigan leaders in recent years have proposed police reform with the hope of reducing police killings, but it doesn’t seem to working. At the current rate, Michigan will record 30 police killings of citizens this year.

Picking a Climate Candidate
By Raina Lipsitz
The New Republic

Support for new candidates is partly driven by frustration with the fossil fuel industry’s grip on many incumbents. Activists’ emphasis on fossil fuel donations represents a shift from other metrics environmental groups have used to evaluate candidates.

The opinion could change over the next two months before it is officially released, but LGBTQ people and advocates fear the consequences it could have. Advocates say that LGBTQ people are already disproportionately affected by restrictions on abortion due to higher rates of medical discrimination and poverty.

Racial Diversity Awareness Day at Turpin HS traditionally includes a series of activities, discussions, video clips and breakout sessions focused on history, the criminal justice system and empathy. This year it was cancelled. The event was scheduled to included guest speakers from the National Underground Railroad Freedom Center and Back2Back Ministries Cincinnati.

The NLRB accuses Starbucks of interfering with, restraining and coercing employees seeking to unionize in various ways. The Buffalo office said the coffee giant threatened and intimidated workers by closing down stores, reduced workers’ compensation, enforced policies against union supporters, engaged in surveillance and fired workers, among other alleged violations.