AFL-CIO Unveils Plan To Grow but Some Union Leaders Underwhelmed

In light of the youth-driven surge of union drives at Starbucks, Amazon, Apple and elsewhere, the AFL-CIO – the main US’s labor federation – is facing growing pressure to undertake a bolder effort to help today’s burst of unionizing expand far faster 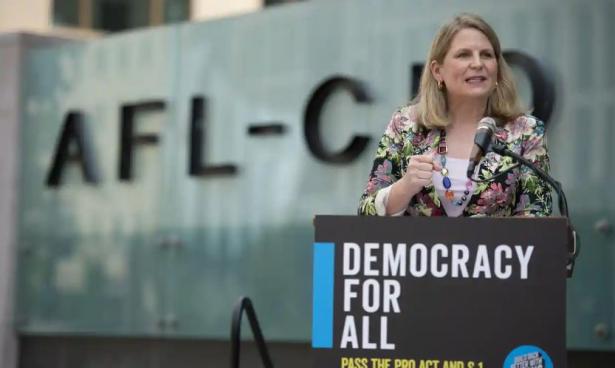 [Steven Greenhouse is a journalist and author, focusing on labour and the workplace.]

Tens of millions have placed their trust in the Guardian’s fearless journalism since we started publishing 200 years ago, turning to us in moments of crisis, uncertainty, solidarity and hope. More than 1.5 million supporters, from 180 countries, now power us financially – keeping us open to all, and fiercely independent.

If there were ever a time to join us, it is now. Every contribution, however big or small, powers our journalism and sustains our future. ​​Support the Guardian from as little as $1 – it only takes a minute. Thank you.