Which Way the Wind is Blowing  --  cartoon by Jack Ohman
Re: ‘Africa Is on the Frontlines but Not the Front Pages’: Vanessa Nakate on Her Climate Fight (Linda Gillison)
USA's Morality Police  --  cartoon by Lalo Alcaraz
Re: John Roberts’s Long Game (Eleanor Roosevelt; Lorraine Suzuki)
Re: Most US Professors Are Trained at Same Few Elite Universities (Mike Mauer)
Re: Colombian President Gustavo Petro Calls for an End to the War on Drugs in Historic UN Address (Dan Morgan)
Re: Cuba's Gay Rights Vote Is a Victory for Socialist Values (Karen Lee Wald)
Good News, Bad News  --  cartoon by Pat Bagley
Re: ‘Don’t Worry Darling’ Is the Antidote to TikTokers’ Obsession With Being a Tradwife (Eleanor Roosevelt)

An Ode We Owe  -- Amanda Gorman
Capitalism and extreme poverty: A global analysis of real wages, human height, and mortality since the long 16th century  (ScienceDirect)

Which Way the Wind is Blowing  --  cartoon by Jack Ohman 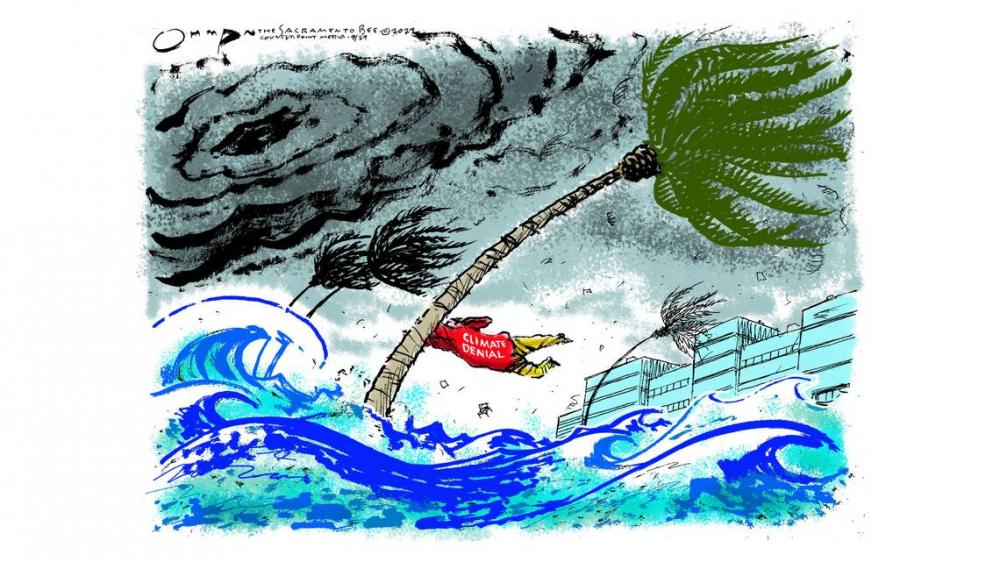 Re: ‘Africa Is on the Frontlines but Not the Front Pages’: Vanessa Nakate on Her Climate Fight

This is intriguing. I noticed also, a couple of years ago, SOMEONE (thank you!!) at least briefly covered the important work of several young people of color when all eyes were on Greta. Maybe it was at the time of the first Friday strike? That single article is where I learned about Autumn Peltier, also--another brave activist (First Nation/Anishinaabe, working in Canada) for the environment. Since then, I always notice Autumn Peltier; now I'll be watching for Nakate, also. THANK YOU FOR YOUR WORK! Thanks, Portside, for sharing this. 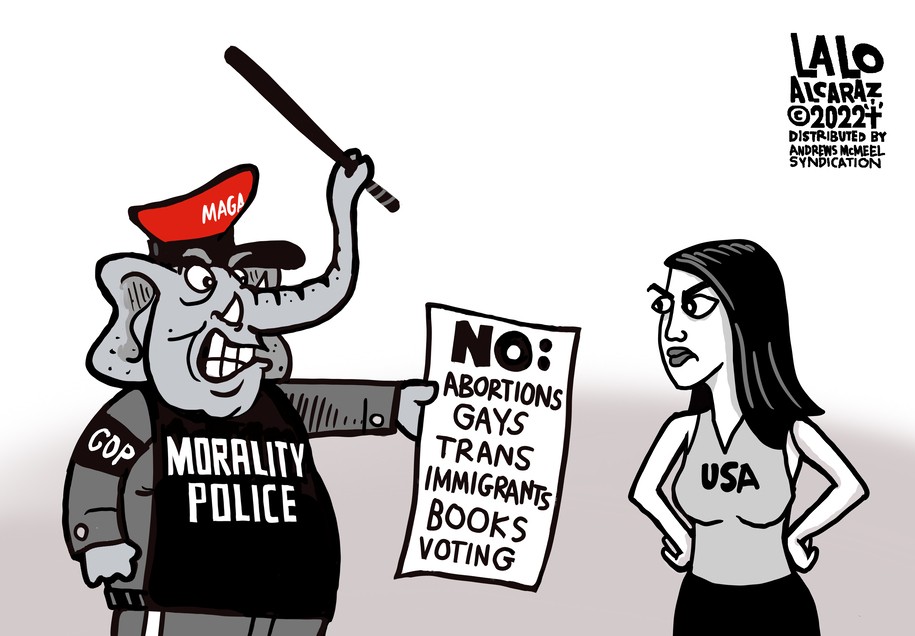 Not to be outdone by Iran, we have our own US Morality Police right here, ready to control our lives, especially if you’re a woman

If the reason for every new layer of BS laid down by the Supreme Court is "the Constitution," then we need a new constitution.

Re: Most US Professors Are Trained at Same Few Elite Universities

This is an important issue, but the headline is a bit misleading. At present, only some 37% of faculty in the U.S. are either tenured or tenure track. The majority of faculty are now hired on a contingent basis, with little if any job security. So it's 80% of that 37% who are tenured or tenure track who are from the elite institutions mentioned. (And that doesn't nearly constitute "most.")

Re: Colombian President Gustavo Petro Calls for an End to the War on Drugs in Historic UN Address

A powerful and poetic speech. Deserves to be widely read.

Re: Cuba's Gay Rights Vote Is a Victory for Socialist Values

I wish progressive media would stop reporting the new families code in Cuba as though it were JUST about gay rights. That is one very important aspect of the new code but not the only one. Please READ it before you WRITE about it. 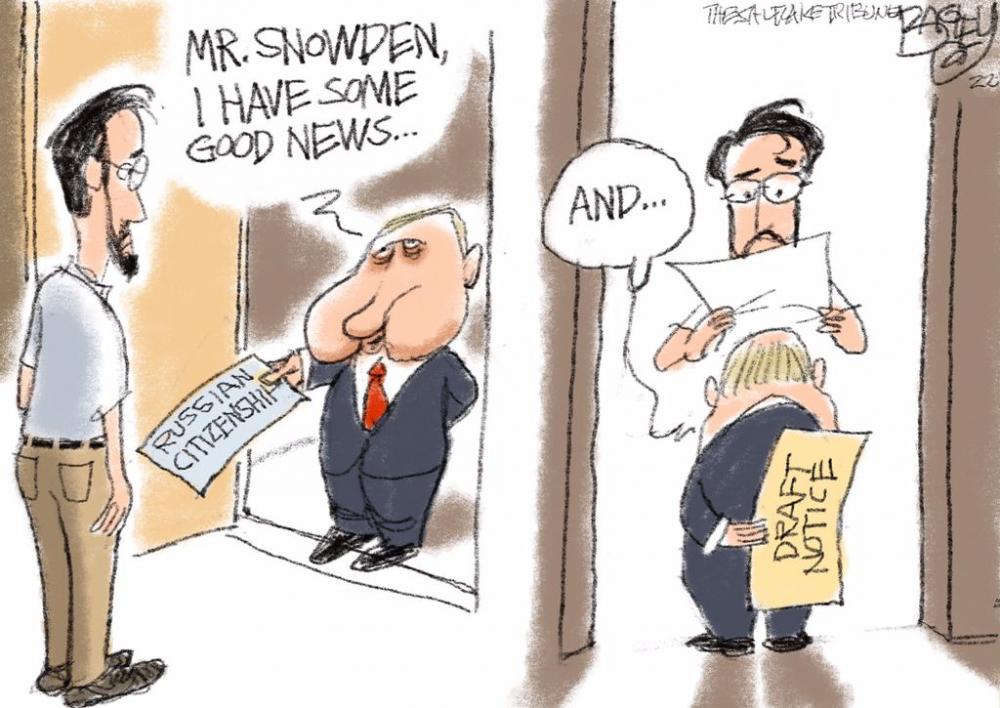 Re: ‘Don’t Worry Darling’ Is the Antidote to TikTokers’ Obsession With Being a Tradwife

Gawdawmighty. Maybe talk about the vast numbers of working class married women who did factory/industrial work thruout the twentieth century. "Tradwifery" in the way these knobheads imagine it never really existed.

An Ode We Owe  -- Amanda Gorman

An Ode We Owe

How can I ask you to do good,

Our greatest threats yet:

The depths of death, despair and disparity,

Exhausted, angered, we are endangered,

Not because of our numbers,

But because of our numbness. We’re strangers

To one another’s perils and pain,

Unaware that the welfare of the public

Doesn’t mean being the exact same,

But enacting a vast aim:

The good of the world to its highest capability.

The wise believe that our people without power

Leaves our planet without possibility.

Therefore, though poverty is a poor existence,

Complicity is a poorer excuse.

We must go the distance,

Though this battle is hard and huge,

Though this fight we did not choose,

For preserving the earth isn’t a battle too large

To win, but a blessing too large to lose.

This is the most pressing truth:

That Our people have only one planet to call home

And our planet has only one people to call its own.

We can either divide and be conquered by the few,

Or we can decide to conquer the future,

And say that today a new dawn we wrote,

Say that as long as we have humanity,

We will forever have hope.

Together, we won’t just be the generation

That tries but the generation that triumphs;

Let us see a legacy

Where tomorrow is not driven

By the human condition,

But by our human conviction.

And while hope alone can’t save us now,

With it we can brave the now,

Because our hardest change hinges

On our darkest challenges.

Thus may our crisis be our cry, our crossroad,

The oldest ode we owe each other.

We chime it, for the climate,

We shall respect and protect

Every part of this planet,

Hand it to every heart on this earth,

Until no one’s worth is rendered

By the race, gender, class, or identity

They were born. This morn let it be sworn

That we are one one human kin,

Grounded not just by the griefs

We bear, but by the good we begin.

To anyone out there:

I only ask that you care before it’s too late,

That you live aware and awake,

That you lead with love in hours of hate.

I challenge you to heed this call,

I dare you to shape our fate.

Above all, I dare you to do good

Capitalism and extreme poverty: A global analysis of real wages, human height, and mortality since the long 16th century  (ScienceDirect)

This paper assesses claims that, prior to the 19th century, around 90% of the human population lived in extreme poverty (defined as the inability to access essential goods), and that global human welfare only began to improve with the rise of capitalism. These claims rely on national accounts and PPP exchange rates that do not adequately capture changes in people’s access to essential goods. We assess this narrative against extant data on three empirical indicators of human welfare: real wages (with respect to a subsistence basket), human height, and mortality. We ask whether these indicators improved or deteriorated with the rise of capitalism in five world regions - Europe, Latin America, sub-Saharan Africa, South Asia and China – using the chronology put forward by world-systems theorists. The evidence we review here points to three conclusions. (1) It is unlikely that 90% of the human population lived in extreme poverty prior to the 19th century. Historically, unskilled urban labourers in all regions tended to have wages high enough to support a family of four above the poverty line by working 250 days or 12 months a year, except during periods of severe social dislocation, such as famines, wars, and institutionalized dispossession – particularly under colonialism. (2) The rise of capitalism caused a dramatic deterioration of human welfare. In all regions studied here, incorporation into the capitalist world-system was associated with a decline in wages to below subsistence, a deterioration in human stature, and an upturn in premature mortality. In parts of South Asia, sub-Saharan Africa, and Latin America, key welfare metrics have still not recovered. (3) Where progress has occurred, significant improvements in human welfare began several centuries after the rise of capitalism. In the core regions of Northwest Europe, progress began in the 1880s, while in the periphery and semi-periphery it began in the mid-20th century, a period characterized by the rise of anti-colonial and socialist political movements that redistributed incomes and established public provisioning systems. 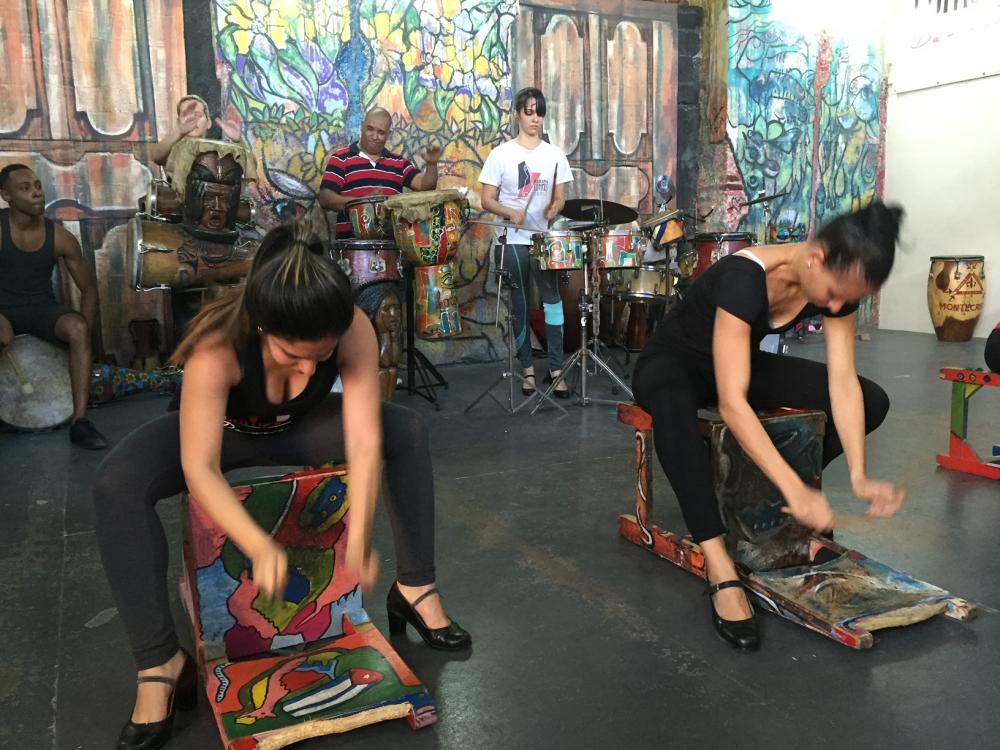 When we opened the Center for Cuban Studies 50 years ago, we opened as a library, because almost NO DIRECT INFORMATION FROM CUBA was coming into the U.S. Few were traveling, the blockade was not only economic but informational and cultural.

We decided to use every means possible to change that situation. Within a year we had organized our first professional trip to Cuba via Mexico— of lawyers.

We started educational exchanges during the Carter administration in the 1980s and opened a Spanish language school in Havana until the Reagan administration forced its closure. We fought to help pass the Berman amendment of 1987 to allow the import of informational materials from Cuba.

By 1992 we insured the legality of the importation of Cuban art. And once Cuba opened its doors to tourism in the 1990s, we started organizing dozens of educational and humanitarian trips to Cuba each year.

There’s much to be proud of—but the blockade continues. We have a lot of work to do.

50 years of helping thousands of North Americans know Cuba — its people, daily life, its art & music, its politics & problems. Help us celebrate CCS’s 50 years and pledge to redouble our effort to end the US blockade of Cuba. 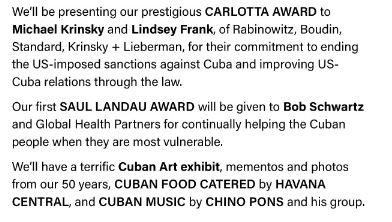