Dispatches From the Culture Wars – December 6, 2022 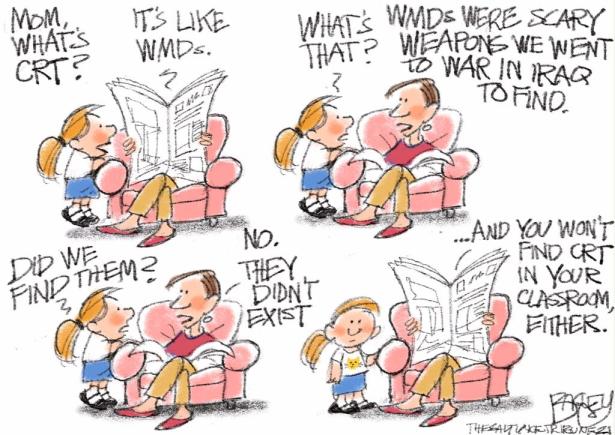 The regime has been determined so far that it will not make any political concessions but the protests have challenged its authority and weakened it. If the Gasht e Ershad is truly on its way out, Iranians, both men and women, may feel powerful enough to push for more change.

The New Burn Out — “Burn On”
By Beate Strobel
Worldcrunch

A new and so far under-researched syndrome, “burn-on”, is closely related to the better-known burn-out and bore-out — exhaustion due to being over- or underworked. The common factor: they are all closely linked to the type and quantity of work a person does, whether paid (career) or unpaid (volunteering or childcare).

West, Walker and Racism
By Ramenda Cyrus
The American Prospect

Abortion in US History
By Kathleen B. Casey
Ms.

As some elected officials have banned teachers from discussing “divisive concepts” in the K-12 classroom, historians have a special obligation to challenge the Supreme Court’s narrow view of this history. Indeed, the long history of abortion is so well-documented that even a cursory study reveals that this history is anything but brief.

Why do these rail barons hate paid leave so much? Why would a company have no problem handing out 24 percent raises, $1,000 bonuses, and caps on health-care premiums but draw the line on providing a benefit as standard and ubiquitous throughout modern industry as paid sick days? The answer, in short, is “P.S.R.” — or precision-scheduled railroading.

A top House Republican on Sunday told ABC News that former President Donald Trump's call to terminate the Constitution is not a deal-breaker in the 2024 election. One anonymous Republican operative close to Trump told the Washington Post that the statement “did not literally advocate or call for terminating the Constitution.”

Lawmakers have begun drafting legislation to bring next session, and a few Republicans have already requested proposals restricting health care for trans minors, prohibiting minors from attending drag shows, codifying in law the definitions of male and female and amending the state Constitution to define gender.

The CRT panic broadened into the “culture wars,” fought on a dozen different fronts by educators: “Don’t say gay” laws, “anti-woke” legislation, calls to ban books, gag laws for teachers, and private rights of action, so that parents could sue schools any time they felt a line had been crossed.

How People Power Can Counter Corruption
By Shaazka Beyerle
Impakter

A decade of stagnation in the fight against corruption worldwide shows how important it is to address this issue to enhance democratic values. But civil society and citizens — organised in non-violent movements, campaigns, and local civic initiatives — continue to push for positive change even when faced with harsh repression.