Reader Comments: GOP Health Plan = Death Squads; Trump Tax Plan - More for the Rich; It Could Have Been Me (protests then and now); Locked Up for Being Poor; Politics of Questioning the Civil War (and the end of Slavery); Time to Save Net Neutrality; Announcements: Building Bridges Across the Generation Gap: Shared Struggles; Michelle Alexander and Susan Burton; Posters - Reclaim! Remain! Rebuild: Affordable Housing, Gentrification & Resistance; and more... 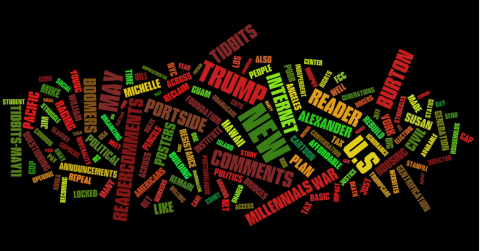 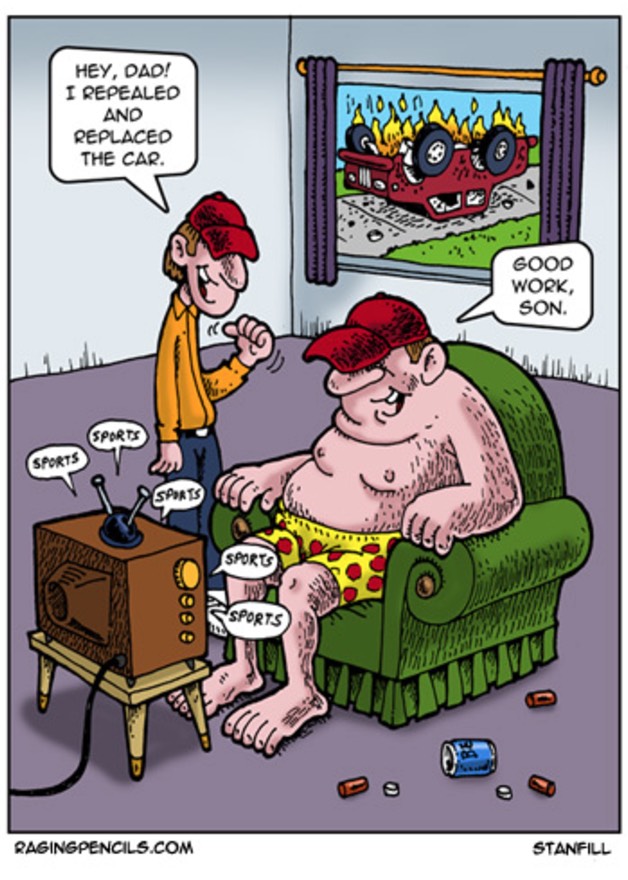 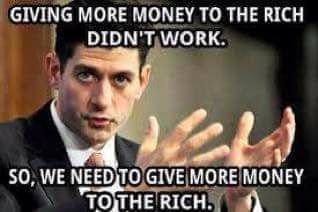 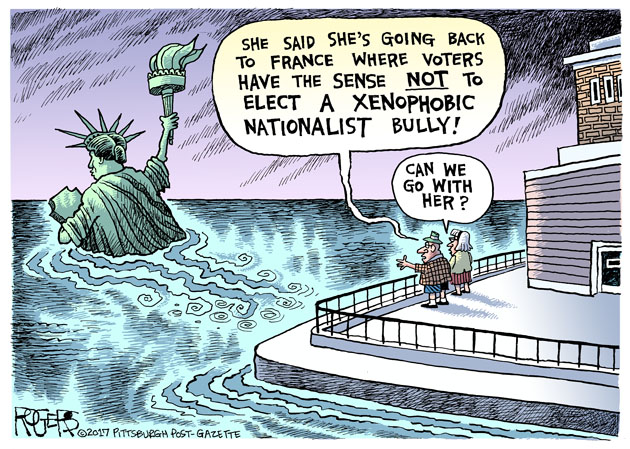 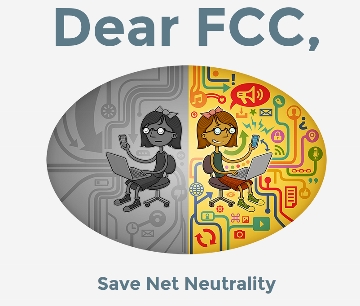 FCC Chairman Ajit Pai has made a dangerous proposal to destroy the FCC’s net neutrality rules—the very same rules that keep Internet providers like Comcast, Verizon, and AT&T from choosing which websites you can and can’t access and how fast those websites will load. But before he can enact this terrible plan, he has to make the proposal publicly available and accept comments from regular people about how it would affect them. That’s where you come in.
We’ve launched a new tool to send your unique comment to the commission: DearFCC.org. Simply answer a few questions about why the Internet is important to you, and we’ll help you send your message to the FCC.
Net neutrality is fundamental to our democracy. We can’t let Comcast, AT&T, and Verizon monopolize the Internet and decide which websites we’re allowed to access. At a time when many people across the country have only one choice for high-speed broadband Internet access, customers have no way of holding ISPs accountable. The clear, light-touch rules enacted by the FCC in 2015 are our best hope for protecting a free and open Internet.
Let’s send Chairman Pai a message: this is our Internet and we’ll fight to protect it. 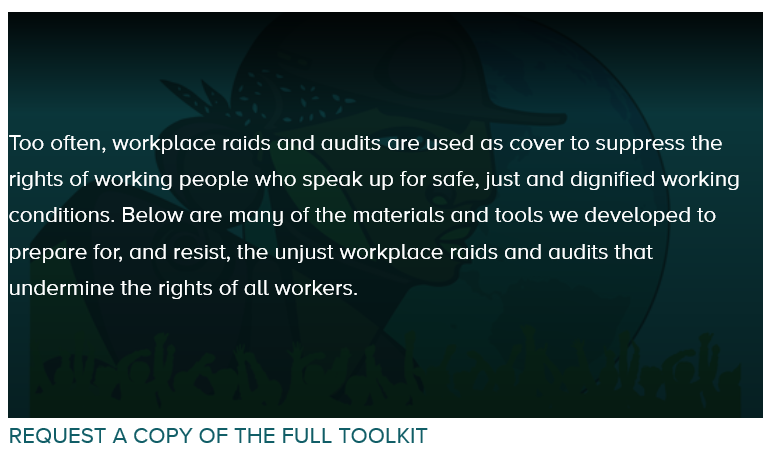 The AFL-CIO developed a comprehensive resource book to aid organizers and advocates should workplace raids or audits occur at worksites or in our communities. Too often, workplace raids and audits are used as cover to suppress the rights of working people who speak up for safe, just and dignified working conditions. Below are many of the materials and tools we developed to prepare for, and resist, the unjust workplace raids and audits that undermine the rights of all workers.
You can download pieces of this toolkit here. In order to obtain the complete toolkit (it's about 100 pages), please complete and submit this request form.
Please help us make this toolkit widely accessible by sharing a link to it on your social media platforms and adding the hashtags #1uWeRise and #1uAdelante.
This toolkit could not have been possible without guidance and technical support from:
United Food and Commercial Workers (UFCW)
UNITE HERE
California Labor Federation
Los Angeles County Federation of Labor
Orange County Labor Federation
Mijente
National Day Laborer Organizing Network
National Immigration Project of the National Lawyers Guild
Weinberg, Roger & Rosenfeld
Ana Avendaño
Monica Guizar
Special thanks to the AFL-CIO team that led this effort:
Neidi Dominguez, Rosa Lozano, Gloria Alvarado, Tamara Brummer, Chloe Osmer, Kelly Rodriguez, Matthew Ginsburg, Shannon Lederer and Robin Foster.
AFL-CIO
Building Bridges Across the Generation Gap: The Shared Struggles of Millennials and Aging Boomers - New York - May 19

Believe it or not, Millennials and Baby Boomers have much in common, especially when it comes to the changing U.S. political economy. Join us for an intergenerational happy hour discussion unpacking the impact of America’s fractured social safety net across generations.
It’s no secret that today’s young adult generation faces unprecedented financial insecurity. Compared to when Baby Boomers were young, Millennials (born 1980 and after) have lower incomes, less savings, and lower net worth. They are also disproportionately likely to be uninsured, underemployed, or unemployed, and many are saddled with unprecedented levels of student debt.
Boomers are also facing serious challenges. Pensions have been dramatically eroded in recent decades, and many boomers will be forced to work beyond the normal retirement age and/or to reduce their standard of living. Social security is under political attack and proposed cuts to Medicaid may also reduce the resources available for long-term care.
A common thread across the generations is the increasingly weakened U.S. social safety net—Social security, unemployment insurance, Medicaid, Medicare, and “welfare.” Not only have these programs deteriorated in recent years, but they are newly threatened by the Trump administration and the current U.S. Congress.
The program will begin with brief presentations from new research on the challenges that Millennials and Boomers face, followed an intersectional discussion of the common ground (as well as differences) between the two generations.
Speakers:
Co-Sponsored by Young Invincibles, PSC-CUNY, NYC Chapter, Alliance for Retired Americans, NYC League of Woman Voters, and the Murphy Institute, CUNY.
REGISTER
The Joseph S. Murphy Institute
25 W 43rd Street
New York, NY 10036
Michelle Alexander in conversation with Susan Burton - New York - May 19 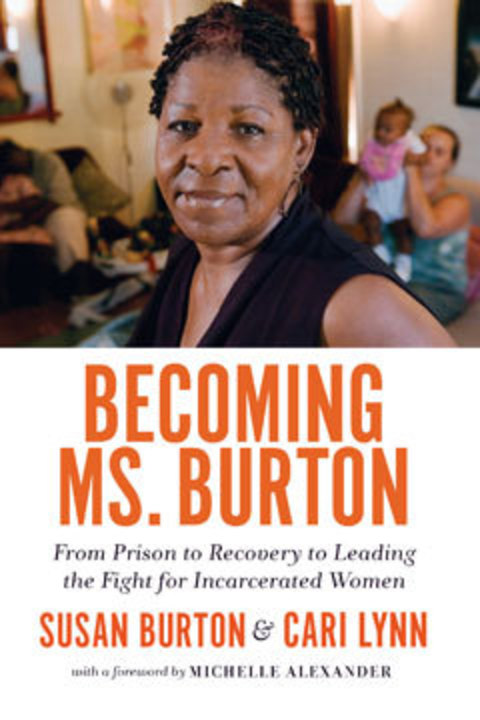 Co-sponsors:
The Abyssinian Exodus, Christian Social Concern, The Brotherhood
Sisterhood Bible Study Ministries
Susan Burton is the founder and executive director of A New Way of Life, a nonprofit that provides sober housing and other support to formerly incarcerated women. She is nationally known as an advocate for restoring basic civil and human rights to those who have served time. She has been a Starbucks® “Upstander,” a CNN Top 10 Hero, a Soros Justice Fellow, and a Women’s Policy Institute Fellow at the California Wellness Foundation. Burton is the co-author, with Cari Lynn, of Becoming Ms. Burton (The New Press). She lives in Los Angeles.
Michelle Alexander is a highly acclaimed civil rights lawyer, advocate, legal scholar, and the best-selling author of The New Jim Crow: Mass Incarceration in the Age of Colorblindness (The New Press). Formerly the director of the ACLU’s Racial Justice Project in Northern California, Alexander served as a law clerk for U.S. Supreme Court Justice Harry A. Blackmun. She currently serves as visiting professor at Union Theological Seminary and a senior fellow at the Ford Foundation.
Reclaim! Remain! Rebuild: Posters on Affordable Housing, Gentrification & Resistance  -- People's Posters - Opening Exhibit - Los Angeles - May 20 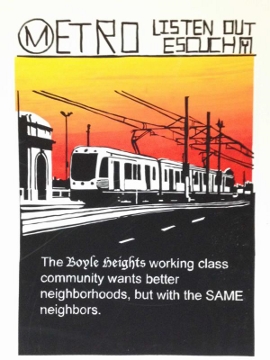