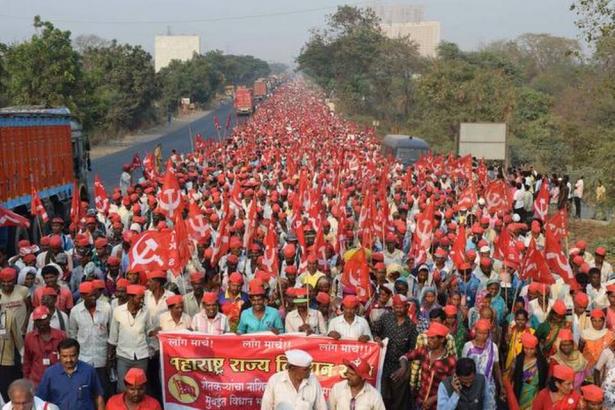 Uruguay: Central Union Will Strike If US Invades Venezuela

The press, propaganda and national relations secretary of the PIT-CNT (the main and only Uruguayan trade union center), Gabriel Molina, told Radio Uruguay that "faced with the real possibility that on Saturday, February 23, there will be a direct US military invasion of Venezuela, the workers' center will immediately carry out a strike mobilization." He stressed that it would be, in effect, "a call for peace."

On Thursday, February 21, the Representative Board of the trade union center met to analyze the situation in Venezuela. Essentially, the PIT-CNT rejected the "interventionist" policy of the United States and its allies.

The workers' center demanded that the "interventionist" governments end their plans of military aggression, and questioned the "illegally self-proclaimed president in charge of Venezuela, Juan Guaidó."

At the same time, The workers' center endorsed the "Montevideo Mechanism" [a multinational call for dialogue] as a way out of the "critical" situation in Venezuela. Molina stressed the need for "immediate dialogue. The generation of conditions for direct contact between the actors, is prioritized - the negotiation and presentation of results, and the international enrollment, implementation and materialization of the accords."

The workers' center expresses that: "military intervention, which has been considered viable by the president of the United States, Donald Trump, by the secretary general of the Organization of American States, Luis Almagro, and by Guaidó, would imply serious consequences for all the peoples of the region, including the Uruguayan."

Molina warns that this will "present a major offensive to end hard-won rights and apply neoliberal policies that have caused so many miseries."

The United States has threatened the use of force against Venezuela to force the entry of alleged humanitarian aid. The Venezuelan government says that this aid is a "show", by means of which it intends to militarily intervene in the country. The government of President Nicolás Maduro also points out that by international law, the regular channels to process any humanitarian technical assistance are the United Nations (UN).

There is a yet-to-be concluded debate about how to transform a conglomerate of small, marginal groups into a real subject of national politics.

As founder and spokesperson of the Native Youth of Guiana (JAG), Christophe Pierre fights for the recognition of his people: Amerindians.

More than 200 Jewish members and supporters of the Labour party sign a letter urging that anyone seeking an end to bigotry and racism should back Labour and Corbyn.

In a remarkable display of solidarity, hundreds of Kurds across the world have joined a hunger strike over the past three months. The strikers’ unified demand is an end to the isolation of Abdullah Öcalan, the Kurdish political leader who has been imprisoned since 1999 on Imrali Island, a tiny scrap of land in the Marmara Sea. The strikers’ implicit second demand is that the long-dormant peace negotiations with Turkey be reopened.

All the economic and social measures in favour of the working class and the lower strata, the small entrepreneurship and the cooperative projects, indicate the social alliances that SYRIZA pursues on a class-oriented basis. Institutional and political initiatives, such as the major reformist amendment of the Constitution, posed questions about civil rights, democracy and peaceful international policy, the various answers on which marked the border between progressive and conservative forces.

The social climate is heating up in Haiti, as social frustrations accumulate in a minefield that never ends up being deactivated.

The second version of the All India Kisan Sabha "long march" was called off late on Thursday night after the State government accepted, in writing, all 15 demands put forward by the farmers.