The highly regarded scholar's latest work tackles the deep roots of white nationalism as it emerged from conflicts surrounding Reconstruction and the failure of post-Civil War governments to stamp down racism and secure genuine emancipation. 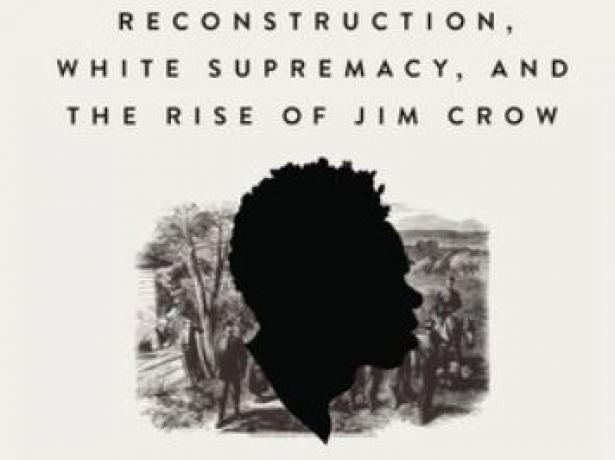 For several years after the Civil War ended, in a period called the Reconstruction, the federal government tried to transform the former slave states of the Confederacy through civil rights legislation, especially the guarantee of one man, one vote regardless of color. However, massive resistance by white Southerners, including Ku Klux Klan violence, turned the clock backwards for African Americans. Most Yankees were eager to restore the Union, even if that restoration meant leaving blacks outside. Federal courts proved unsympathetic to the post-Civil War Civil Rights Act and ruled in favor of white Southern interests. With Plessy v. Ferguson(1896), the U.S. Supreme Court solidified segregation by declaring the legitimacy of “separate but equal.” Of course, there could be no equality when the terms of separation were defined by white supremacists. 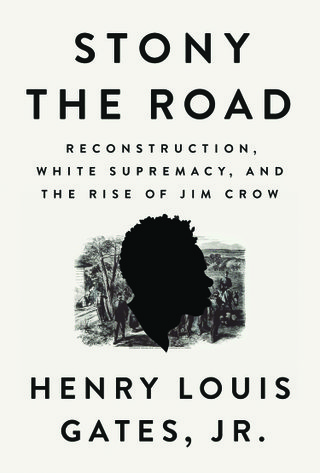 With Stony the Road (Penguin Press), Henry Louis Gates Jr. examines how the defeated slave owners and their supporters disenfranchised the freed slaves, reestablished a plantation economy and reduced blacks to virtual non-citizens in the Reconstruction’s long aftermath. At the same time, he also explores the pushback in the form of the “New Negro,” the effort led by black artists and intellectuals to reclaim their dignity and the rights of citizenship in the face of a full-bore campaign to depict blacks as inferior and unworthy of sitting at the same lunch counter as whites, much less voting or holding office.

Taking his title from a verse of the NAACP’s anthem, “Lift Every Voice and Sing,” Gates’s Stony the Road is a cultural history of the imagery and ideology of white supremacy and its opponents. The illustrations help to summarize the narrative and the sentiments behind blatant 19th-century caricatures—showing blacks as indolent, ignorant and dangerous—continue to circulate today. One difference between then and now is that, well into the 20th century, mainstream companies employed degrading depictions of blacks in advertising and race hatred was casually displayed. Gates reproduces a disturbing 1908 postcard, a black-and-white photo of five black men hanging from tree branches captioned with doggerel: “In the Sunny South, the Land of the Free/Let the White Supreme forever be.” Of local interest, a 1942 brochure for the YMCA’s Camp Minikani in Hubertus with “Hit the Nigger Baby” featured as one of the summertime attractions.

Pictures tell the story but the underlying assumptions were articulated more fully in other media and forums. Gates investigates “plantation literature,” the novels and stories promoting the notion of happy slaves laboring under kindly masters in the antebellum South. Gone With the Wind goes unmentioned but became the ultimate plantation novel.

More disturbing than fiction were pernicious ideas presented as facts. Even more than religious quacks who spoke of a “separate creation” or a divine curse for blacks (Gates neglects to show that most Christian groups never embraced that dogma), science played a leading role in establishing the respectability of racism. Linking race with evolutionary theory, anthropologists at major universities proclaimed Northern Europeans (“Aryans”) as the most highly evolved species with greater capacity for intelligence than other races.

The “New Negro” fought back, especially under the example (if not leadership) of the polymath-activist W.E.B. Du Bois, the first black Harvard graduate. They were not widely listened to at first, but their work eventually led to the unravelling of legally imposed segregation in the 1950s and ’60s. However, even if the beliefs underlying white supremacy are long discredited, Gates has little trouble showing that the reality linked to those beliefs, including “the choking off of access to capital and property ownership” and inflammatory images of black criminality “still roams freely in our country today.”

[Reviewer David Luhrssen is the managing editor of the Shepherd Express, Milwaukee's spritely, free alternative weekly paper. He is author of several books and has been published in Historically Speaking, History Today, the Journal of American History and other journals.]