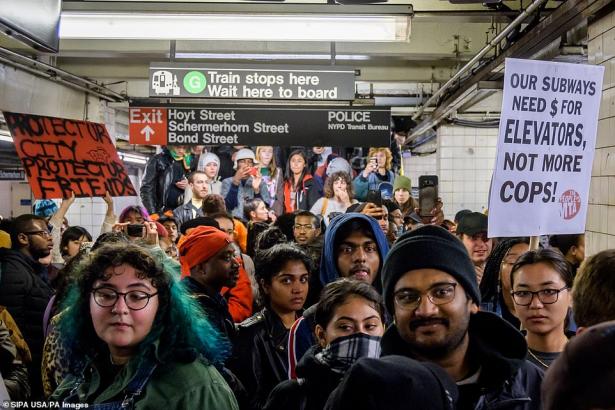 A Kentucky restriction requiring doctors to show and describe ultrasound images to women seeking an abortion was upheld, turning away a challenge arguing that the measure violates the free speech rights of physicians.

Exxon Knew - and So Did Coal

A newly unearthed journal from 1966 shows the coal industry, like the oil industry, was long aware of the threat of climate change.

Policing and Resistance on the New York Subways

For a variety of reasons, if Jeremy Corbyn — a lifelong socialist and leader of the country’s left-leaning Labour Party — wins on December 12, it could signal a win for U.S. democratic socialists, too.

More On UK Labour and Antisemitism

A new British Jewish left is getting organized, attempting to reorient the conversation around the dangers of a Conservative government led by Boris Johnson, and to build relationships with progressive and minority communities.

Organized by a local feminist collective, the performance was titled “Un violador en tu camino” (“A rapist in your way”). The song and accompanying dance takes on the patriarchy as the cause both of violence against women and the victim shaming that often comes after.