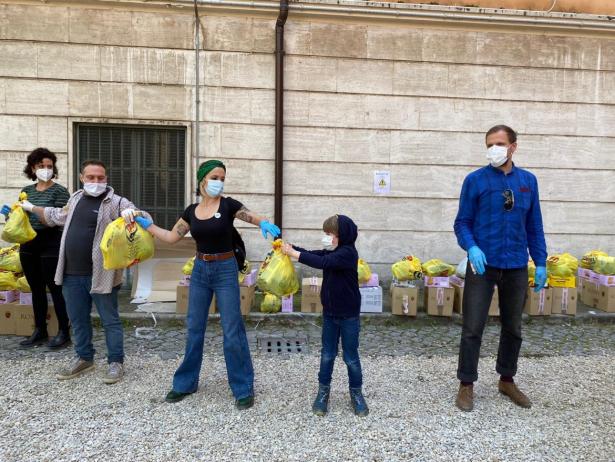 There are several immediate steps that must be taken to resuscitate the global economy and deal with the public health issues the pandemic has brought to the fore.

Governments have given two kinds of answers during the pandemic to the question of how sexuality and gender relate to their task of maintaining a healthy and compliant workforce, one neoliberal, the other neoconservative.

The ‘Grandma Rome’ organization distributes food to those who have lost their jobs. But they warn: ‘solidarity is not enough without a perspective of political transformation.’

It is more important than ever to build on existing successful models for anti-capitalist care, knit them together, and demand a society where people, and their care, are central in our political, social and economic organization.

Four months after the coup in Bolivia, Luis Arce is presidential candidate for Evo Morales's MAS. Jacobin interviewed him about the postcoup regime, its handling of coronavirus, and what the delayed election means for the Left's chances of returning to power.

He continues to be relevant not because Lenin has given comprehensive answers to all the questions of our time, but because he uses a method in which you will find such answers for yourself.

Women-led trade unions, mobilizing across the formal and informal sectors, have refused to cordon off the on-going challenges of diet, housing, housework and domestic violence from struggles for just wages and adequate pandemic protections.

In Sudan, neighbourhood resistance committees are the guardians of the revolution.

Progressive International is a global initiative with a mission to unite, organize, and mobilize progressive forces around the world. The PI aims to build a lasting infrastructure for internationalism.