Dispatches From the Culture Wars - Focus on the Terrorist Right

The violent right’s influence in intelligence, police, conservatism - and how to fight it 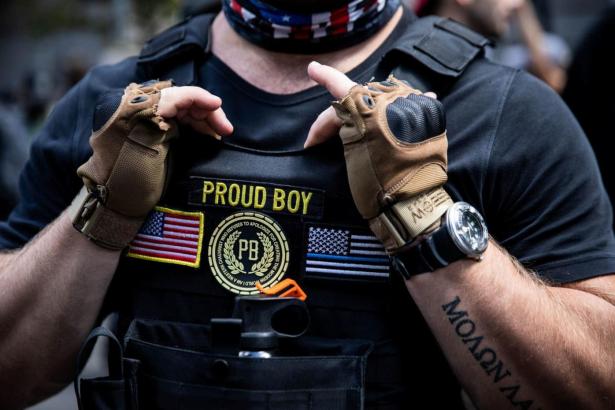 Proud Boys and supporters of the police participate in a protest in Portland, Ore., credit: reuters /MARANIE STAAB

Two top former political appointees tried to tackle the problem before giving up on the Trump administration. Frustrated by the president’s failure to act, they are actively supporting his opponent.

We should not assume that the radical right will collapse under the weight of its many internal conflicts and contradictions.

The right wing is treating Rittenhouse the way it already treats cops. A gun is all the authority a white man needs.

Trump’s female advocates disdain the outside, non-compliant women, who do not wish to live in thrall of a man who has turned the White House into his personal pleasure dome.

How to Escape a Sex Panic

Allegations against Mayor Alex Morse sought to use a moral panic for political gain. Such manipulations of public sentiment can set back decades of progressive politics.

Our food choices are pushing industrial farming into forests, at a huge global cost.

After the Civil War, Southern ideals spread quickly to the West. It’s all about America’s ongoing battle between oligarchy and democracy.