The Amazon organizing drive has drawn attention to just how much the deck is stacked against workers and unions. The Pro Act would provide a much-needed update to labor law after decades of rising inequality and an erosion of collective bargaining. 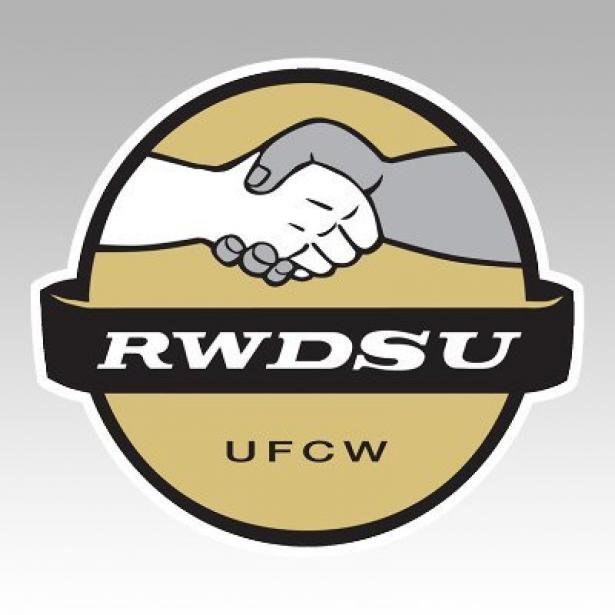 The Retail, Wholesale and Department Store Union's organizing drive of Amazon workers has put the spotlight on the struggle of low-wage workers as CEO Jeff Bezos has added more than $90.1 billion to his net worth during the Covid-19 crisis.,RWDSU

The recent organizing drive by workers at an Alabama Amazon warehouse has drawn an unusual amount of attention to a union representation election, and for good reason—Amazon is a massive employer that has successfully beaten back multiple organizing efforts in the United States. Even the possibility of a union win, in Alabama of all places, is worthy of the headlines. But it also draws attention to just how much the deck is stacked against workers and unions in this country. Amazon management has carried out an aggressive anti-union campaign, texting workers multiple times a day, posting anti-union messages in bathroom stalls, and more.

What could make it easier for workers to build power in the United States? In March, the House passed the PRO Act—the Protecting the Right to Organize Act—which would provide a much-needed update to labor law after decades of erosion of collective bargaining and rising economic inequality.

Much of the discussion of the PRO Act, both on social media and here at Daily Kos, has centered on one provision of the bill applying to freelancers and independent contractors. I’ll get to that. But it’s one provision, so let’s refocus for a bit on parts of the bill that would affect far, far more workers.

The PRO Act protects worker-activists from being fired during organizing campaigns—something that’s technically illegal now, but employers do it all the time anyway, facing few penalties. The PRO Act creates penalties with real teeth.

Under the current system, workers regularly face captive audience meetings in which they’re barraged with anti-union messaging and speaking out can put a target on them. The PRO Act would ban such meetings and allow union organizers to contact workers at their work email accounts (unless there was a strong business reason against it). The bill would also force companies to disclose what anti-union consultants they’ve hired. Delay is a common tactic to intimidate workers (often by firing outspokenly pro-union workers); the PRO Act would streamline the process and give workers more of a say in what their bargaining unit would look like.

These provisions would have made a significant difference in the Amazon organizing drive, as Brandon Magner writes at Jacobin. Amazon wouldn’t have been able to hold the many captive audience meetings it did hold. It wouldn’t have been able to force a vote by virtually all the workers in the building in one bargaining unit rather than accepting the significantly smaller bargaining unit the workers wanted. The election would have been held with much less delay and with the option of electronic voting.

Once workers do vote to join a union, employers frequently continue using delay as a tactic. They drag their feet on bargaining a contract, they refuse to negotiate in good faith, they lock out workers or unilaterally impose their own proposals. The PRO Act would prevent those things, including with a mediation and arbitration process for first contract negotiations and a ban on “offensive lockouts” in which an employer declares that bargaining is at an impasse and locks out workers to put pressure on them.

And the PRO Act repeals state “right to work” laws, which weaken unions by allowing workers to freeload on their union coworkers, refusing to pay even a fee to cover the costs of their representation, which the union must nonetheless provide even for nonmembers.

But about that provision that’s drawing controversy from unexpected places:

Markos recently wrote about—and invited a guest writer to expand on—concerns that the inclusion of the so-called ABC test in the PRO Act would hurt freelancers. ABC is a test used to determine whether someone is an employee or a legitimate independent contractor. In the PRO Act, it would be used for assessing whether people had the right to organize as workers at a company; Markos, however, points to concerns that if the ABC test is made federal law for one purpose involving freelancers, it will be a slippery slope to its use for other purposes.

Opposition to this provision of the PRO Act is very sincerely coming from some freelancers concerned for their ability to make a living, following the failure of California’s AB5 to carve out an adequate exemption for their work when that law—since repealed by Proposition 22—used the ABC test to determine employment status much more broadly. But the opposition is also coming, Alex Press reports, from organizations like the Koch brothers-backed Americans for Prosperity, the U.S. Chamber of Commerce, and others who are less concerned for the rights and livelihood of freelance writers than they are with opposing any bill that might give unions or worker organizing efforts any additional leverage.

The Authors Guild, which supports collective bargaining rights for freelancers, earlier echoed the concerns expressed by Markos and Kim Kavin, writing that it “does not agree that it is the right test to determine whether creative freelancers have the right to collectively bargain” and was drafting alternative language for amendments to the act. However, the Authors Guild is now supporting the PRO Act, planning a webinar on the bill that will “address misinformation fanned online about how the PRO Act would ‘nationalize’ California's AB5 law and make freelance writers employees—which in reality is not the case.”

The AFL-CIO and Economic Policy Institute (EPI) argue those concerns are misplaced. The EPI spells out what the PRO Act does and doesn’t do with regard to freelancers and independent contractors: “The PRO Act would provide workers with the right to join unions and band together no matter where they live if they are deemed employees because the legislation would be federally regulated and enforced.” However, “The Act would not impact rules or laws in states that determine whether workers are employees or independent contractors for the purposes of determining a workers’ state income tax status or whether they’re entitled to workers’ compensation benefits or unemployment benefits.” That’s what’s in this act, and while some opponents of the ABC test have argued that putting it into federal law in this context would create a slippery slope to laws replicating AB5, the reality is that there are few slippery slopes to new labor laws in the U.S.

The National Writers Union and its Freelance Solidarity Project agree, supporting the PRO Act in part because “Under current labor law, freelancers can form unions like ours, but our attempts to organize are not protected—and employers are even able to file legal charges against us for some of the very same activity protected for our W-2 colleagues. This means we are forced to walk a very narrow line, and in some cases avoid certain types of organizing and advocacy entirely. The PRO Act would change this, and make it easier for us to exercise our civil rights to come together for our common good.”

Again, though, wherever you come down on this specific provision in the bill, it’s a small part of a larger law to strengthen workers’ right to organize, a right that exists in law already but in practice is constantly compromised and under attack. It would benefit workers in Amazon warehouses, and in hospitals and nursing homes and meatpacking plants.

The political reality, of course, is that while the PRO Act has passed the House, it is not going to get through a Senate in which the filibuster is intact. Filibuster reform or abolition is the prerequisite to getting almost anything done for workers, from raising the minimum wage to passing this bill.