Civil Rights Activists Fought for America’s Democracy. They Should Be Honored As Veterans

History books have called my father an activist, a community organizer, a freedom fighter, among other things. But they don’t use a phrase that my dad has used to describe himself: a war general. 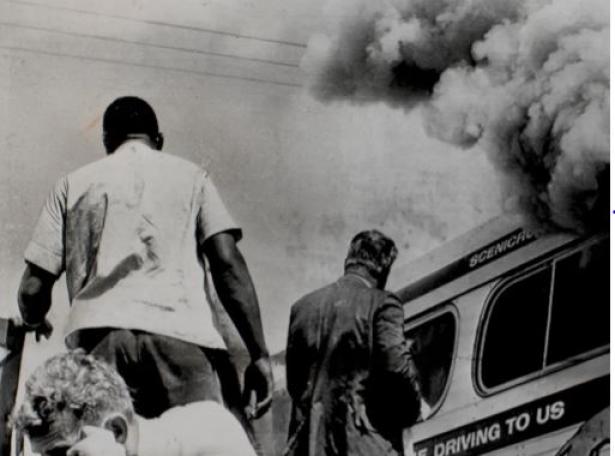 David Dennis Sr. was on the original Freedom Ride bus from Montgomery, Ala., to Jackson, Miss., in 1961. He was a field secretary for the Congress of Racial Equality in Mississippi and a prime architect of the Mississippi Freedom Summer of 1964.

As a leader in the American civil rights movement of the 1960s, my dad was an officer in a war that effectively installed democracy in a country that was violently resistant to it. He and his peers suffered terrible losses and pain that they continue to experience effects from. For that reason, the veterans of the civil rights movement should be treated as the war heroes they are — not just in celebrations or praise but in tangible policy. The best way to start is to provide these veterans with Veterans Affairs benefits.

This may sound like hyperbolic or dramatic rhetoric. It’s not. The war they fought was literal. My dad was in a church in Shreveport, La., when it was bombed. He went to meetings attended by spies who delivered intelligence to government agencies. He was beaten. He was imprisoned. His friends were tortured. Some of his friends — Medgar Evers, James Chaney, Andrew Goodman and Mickey Schwerner among them — were assassinated.

During the violent summer of 1964, my dad had a job of sending field workers out to the most dangerous backwoods communities of Mississippi, where murder and other violence could be carried out under the cover of night. On one such occasion, my dad sent workers to Natchez to gather affidavits from people who said their voting rights had been infringed upon. While the men were there, they were attacked by Klansmen, their car shot up in the process.

When they returned to Jackson and told my dad what happened, he recalls, he simply looked at them and asked if they had the affidavits. The men, incredulous, told my dad that they had not gotten the affidavits. Of course they hadn’t. They had been shot at and had fled for their lives. My dad tossed some car keys on the table and told them to go back and get the affidavits.

Like a war general, he sent them back onto the battlefield to complete their mission, knowing death was a real possibility. That coldness he developed by necessity would last decades.

When my dad was in law school at the University of Michigan in the late 1960s and early ’70s, a school psychologist told him that he was experiencing some of the same symptoms that he’d seen in people who had returned from the war in Vietnam. I saw these symptoms over the years: Slight noises would wake him up at night. He had night terrors and memories he’d repressed for decades, emerging only when he would reminisce about the movement with other veterans or, more recently, when I’d press him for details while working on our book. Even now, at 81, he still experiences these aftereffects.

My dad isn’t alone. A friend of his from the movement who was shot in the early 1960s would hide under his bed when fireworks went off. He has friends who fell into addiction and depression. Some of his friends still can’t bear to talk about what they survived.

All of this suffering wasn’t for naught, of course. America was not a functioning democracy before the campaign my father and his fellow activists fought. In Mississippi, for instance, only 6.7 percent of eligible Black voters were registered to vote in 1964. So workers all across the state of Mississippi organized, fought and strategized to bring about what would become the Voting Rights Act of 1965, enforcing the 15th Amendment right to vote. This is when America became a true democracy.

I have spent my entire life hearing about righteous American wars, how we sent troops to other countries to fight to restore, preserve or install democracy. The troops who risked their lives to fight these wars, some of whom came back injured physically or mentally, are entitled to certain rights and benefits, including disability compensation, medical and educational benefits, housing assistance, burial allowances, counseling and sometimes pensions. While the Veterans Affairs benefits come with their own sets of problems and shortcomings that need to be addressed, at least they’re a start.

My dad and other activists like him have no such benefits. Many also have gone for decades without adequate health care — which speaks to the larger missing safety net that leaves far too many Americans unprotected. I’ve seen so many of my dad’s friends limp to old age because they never got their broken hips or torn ligaments or cracked bones fixed after they were beaten in the 1960s. I’ve also had to watch my dad and his friends pool together money to bury their friends who died in poverty. Imagine how many civil rights veterans could benefit from mental health support. They all deserve better.

It’s also important to note that there are precedents for benefits being extended to veterans of liberation movements in other places around the world. In India, for example, “freedom fighters” who resisted British rule before the country’s independence in 1947 are entitled to medical care, pensions and railway passes. Anti-apartheid soldiers in South Africa were promised similar benefits and have fought to make the country fulfill its promise.

The first question I get when I broach this topic is: How do we determine who gets the resources? The easiest way is to use the names of people who were on the payrolls and meeting minutes for civil rights organizations such as the Congress of Racial Equality, the Student Nonviolent Coordinating Committee and the National Association for the Advancement of Colored People in the 1960s. But that doesn’t encompass all the people who need these benefits — a shrinking group of Americans, mostly Black but some not, now in their 70s or older.

For a more comprehensive list of the people who made the movement, we should look to voter registration lists of the era from across the South. Just trying to register to vote as a Black person in the Jim Crow South was an act of defiance. Most who tried were denied, and many faced violence and threats. In 1963 in Mississippi, 83,000 of those mostly disenfranchised voters voted in an alternative election known as the Mississippi Freedom Vote. It helped prove that voter suppression in the South was creating illegitimate elections and demonstrated what a free and fair election could look like. All of the brave citizens who submitted ballots — many of whom also housed volunteers, kept freedom fighters safe and made invaluable contributions to the movement — should be among the first to get V.A. benefits for their service to our nation’s democracy.

My father and his peers fought a vital battle in the war for freedom that is still being waged. As the movement continues to seek justice amid attacks on civil rights and voting rights, and the racially motivated killings of Black Americans in Buffalo and elsewhere, we should also look back at how we can aid the veterans from earlier eras of this struggle who are still with us.

And as we consider what kind of reparations and redress are necessary, granting those veterans the government benefits that other war heroes are entitled to would be one small, important step in the right direction.

[David Dennis Jr. (@DavidDTSS) is a journalist and a co-author, with his father, of “The Movement Made Us: A Father, a Son, and the Legacy of a Freedom Ride.”]