School officials try to whitewash slavery and the Japanese-American internment 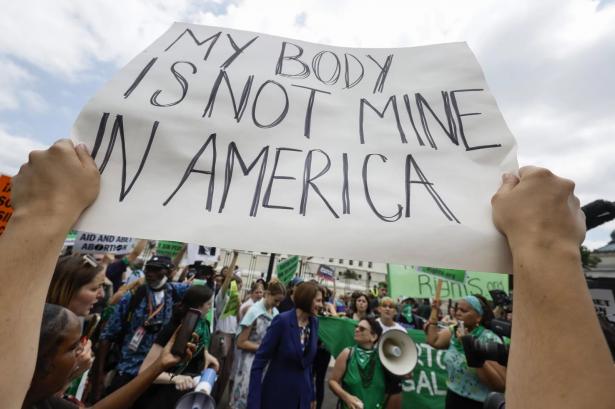 Nationalism F’s Us Up
By Matthew Rozsa
Salon

Many conflate patriotism with its more extreme cousin nationalism, which is predicated on superiority and competitiveness. You cannot merely be proud, but you must be proud of your nation’s dominance. Its inherently tribal nature, can be as dangerous as the most potent illicit drug if the sentiment is used improperly.

SCOTUS Disposes of Evidence
By The Editors
Scientific American

We urge the Court to change its reasoning—to value statistics, to value research and to understand how ignoring it in making decisions is contrary to common decency and their responsibility as jurists to the people of the United States.

What we need is for patriarchy to become unthinkable, as unimaginable as the right wing wishes abortion would become. Women cannot accomplish this by themselves, nor should anyone expect us to try.

Though the court’s decision will impact everyone, disabled people, especially those with multiple marginalized identities, will be disproportionately impacted for a number of reasons, such as health care inequities, sexual violence, poverty and the loss of autonomy that they have historically experienced.

Finland and Sweden long held that the Nordic social model, with its progressive internationalism, was incompatible with NATO membership. The invasion of Ukraine has changed that.

The AFL-CIO convention set up shop just a ten-minute walk away from a Philadelphia Starbucks. Baristas were in the process of voting for or against unionization. It was also an important time for the country’s largest federation of unions: time to build a movement, as the slogan for the twenty-ninth convention would declare, “to meet the moment.”

Black music’s influence on popular culture is immense. Reading books that both appreciate Black music's existence and celebrate its artists’ contributions to global pop culture is just as necessary as streaming their work on the daily.

Changes at the Grammys
By Bill Pearis
Brooklyn Vegan

The Recording Academy is continuing to try and bring The Grammys into something more representative of what’s going on in music and the world in the 2020s. They’ve added thousands of new (younger and more diverse) voting members, and they’ve just announced that the 2023 Grammys will add a few new award categories as well.

Anna Rajagopal planned to spend this summer getting work experience at Avodah, a Jewish nonprofit that promotes social justice. Shortly after Rajagopal started the job, a right-wing group targeted the 21-year-old rising college senior with claims of being a “Jew hater” and “one of the largest purveyors of antisemitism on social media”—particularly loaded accusations as Rajagopal is Jewish.