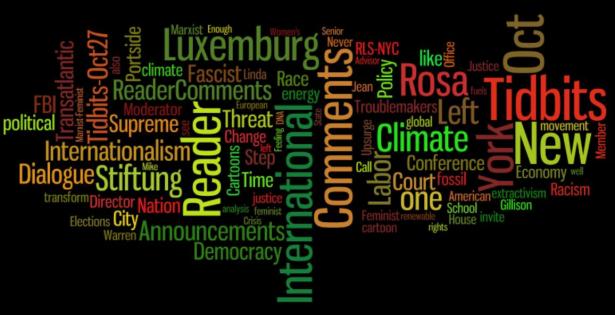 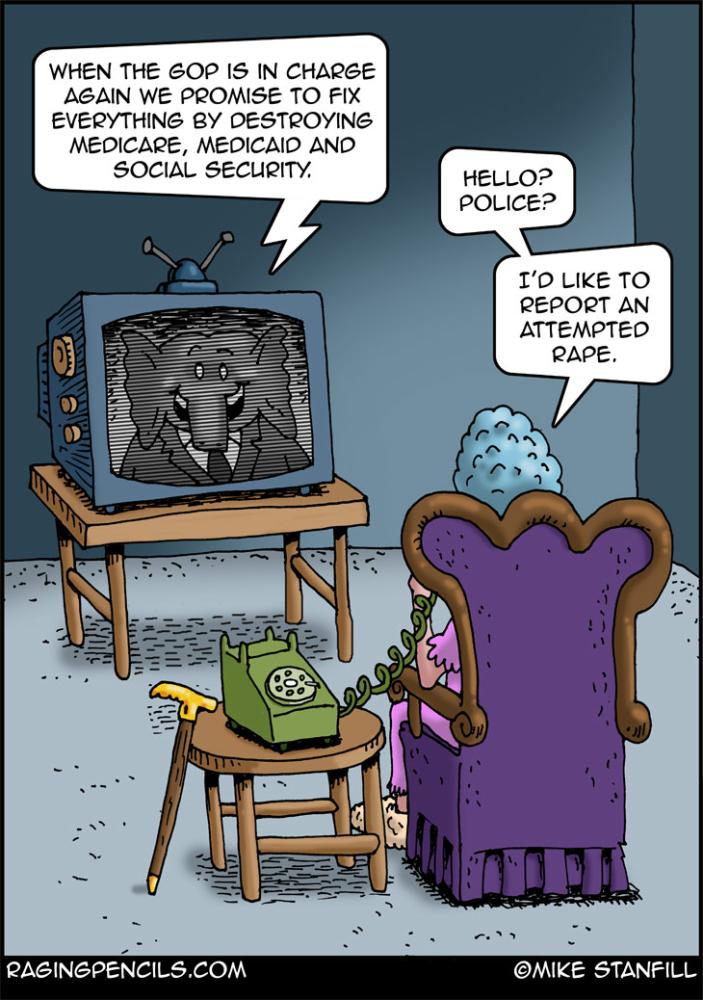 Re: The Fight Against Inflation Doesn’t Have To Be Rich-People Friendly

"We"--that is, the decision-makers-- just never think of this... 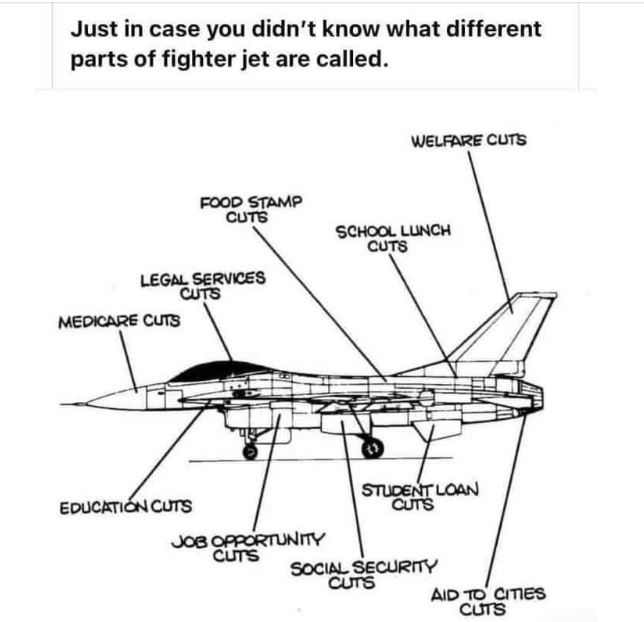 Re: For America’s Top-Ranked CEOs, Too Much Is Never Enough

We only have one consumer financial protection agency and the rightwing corporate friendly courts are threatening to gut it.

There will be nothing and no one left to protect consumer rights if this important bureau is dismantled and defunded.

Re: These Supreme Court Cases Could Kill What Remains of US Democracy

Yup, one of these (Moore v. Harper) comes from right here in NC. If SCOTUS upholds this "independent state legislatures" theory, we are toast.

Re: Peak Season for Action at Amazon

I really love your labor news! 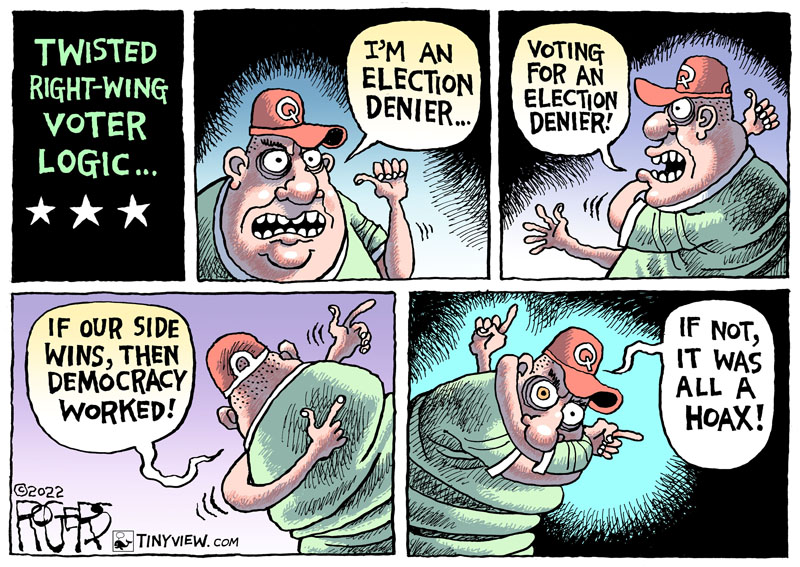 Re: Eleven Wrong Ideas on the Climate

This is a valuable contribution to our climate justice discourse. What stands out for me is Lowy's emphasis: "it is still possible to avoid exceeding the 1.5 degree red line – provided that we start immediately to reduce CO2 emissions in a very significant way." My main critique focuses on "renewables require mining resources that are likely to be exhausted. If the wind and the sun are unlimited, it is not at all the case of the materials necessary to use them (lithium, rare earths, etc.). It will therefore be necessary to consider a reduction in the global consumption of energy, and a selective decrease: unimaginable measures within the framework of capitalism." A global reduction in energy consumption would prevent the elimination of energy poverty, especially for most of humanity living in the global South as well as not having a chance of effectively confronting the challenges of climate adaptation and mitigation. Heat stress in tropical countries is even now having devastating impact and will get worse even meeting the 1.5 deg C warming target. On the real challenge of extractivism, if left to unchallenged green capital to deliver, Lowy's point is well taken. However, there are solutions that greatly reduce extractivism in a renewable energy transition. For one, demilitarization and curbing of fossil fuels, both imperative to having the shrinking possibility of meeting the 1.5 deg C warming target, will free up huge quantities of needed metals from the termination of the military industrial fossil fuel complex infrastructure. In addition, substitution of common elements for rarer ones in storage and renewable technologies will facilitate the phaseout of extractivism. A strong global working-class/indigenous people based movement increasingly informed by an ecosocialist agenda will be required to confront this challenge of extractivism.

Finally, Lowy critiques this claim: “Thanks to carbon capture and sequestration techniques, we will avoid the climate catastrophe”. I agree with him that fossil capital are promoting these techniques to continue the addiction to fossil fuels. Nevertheless, direct air capture of carbon dioxide and permanent burial in the crust as carbonates will very likely be required once most fossil fuels are terminated and a sufficient renewable energy capacity is present, to bring down and keep the atmospheric carbon dioxide level below 350 ppm into the next century. For more on these issues, see
https://climateandcapitalism.com/2022/01/05/a-critique-of-degrowth/

and my comment on Lowy et al.’s article, “For an Ecosocialist

Re: Progressives in US House Call for ‘Proactive Diplomatic Push’ for Ukraine Ceasefire

And the US's push to sell weapons.

Thatcher started the sell-off or destruction of the assets

Re: A Socialist Response to the American Fascist Threat

This isn't a socialist response to the present crisis. This is the thinking of one socialist. It lacks a concrete grounding, strategically and tactically, any sense of what the immediate challenges are and what is politically necessary at this moment.

This article brings to mind Michael Harrington's phrase, "the invisible mass movement." The kind of far-reaching mass movement Mark Harris is calling for is taking action right now. Voting ends November 8. Will there be enough of us? I don't know. But if that movement is invisible to Harris, how many other socialists who want to respond to the American Fascist Threat are suffering from the same "can see and can't see at the same time" syndrome? I shudder at the thought.

Re: Rule for Leftists: Never Talk to the FBI

I talked to two FBI agents who knocked on my door at home in Nashville. I said “Do you have a warrant? An agent said “No we just want to talk to your wife.” I said Get the hell off my property.” He stuck the toe of his shoe in the door and I slammed it shut knocking his foot of the transom. As they walked away one said “Randy, you shouldn’t act like that.” So I did talk to the FBI.

Being a red-diaper baby myself and an activist in the '70's (so about a decade younger than the author) I'd like to see my FBI file. Though agents used to come to our door in my childhood in the '50's I was never approached.

Another red-diaper baby here. I graduated from Cal the year before Myerson got there. Slate was just starting. When I was in high school, my friends and I would joke about how boring our conversations must have been to the FBI eavesdroppers I assumed we had. I know they were tracking my parents then, (William and Malvina Reynolds) because I've seen their (redacted) files, but I haven't seen mine. I remember my father pointing out the two guys in suits, hats, vests he assumed were FBI on the fringes of a peace rally we were attending in the sixties. I should send for my file.

Just a minor point: while this says their DNA indicates a father-daughter relationship, that's only one possibility. Based on the reported analysis it is equally possible that they were half-siblings who had the same father but different mothers.

Maybe they are among my very distant ancestors. My DNA shows I have a very small amount of Neanderthal DNA

Step by Step, Feeling the Ground:

Transatlantic Left Dialogue and Internationalism in Our Time

To mark our tenth anniversary, we are looking back at the work we have done, but also looking ahead to the work that is to come.

The event features panel discussions on the left in government, confronting the far right, racial justice, and the state of multilateralism as well as walking tours that look up close at gentrification and the impact of the climate crisis on New York City.

RSVP for this event here.

2:00-3.30 Panel | The Long Shadow: Colonialism, Slavery, the Debate about Reparations and Affirmative Action 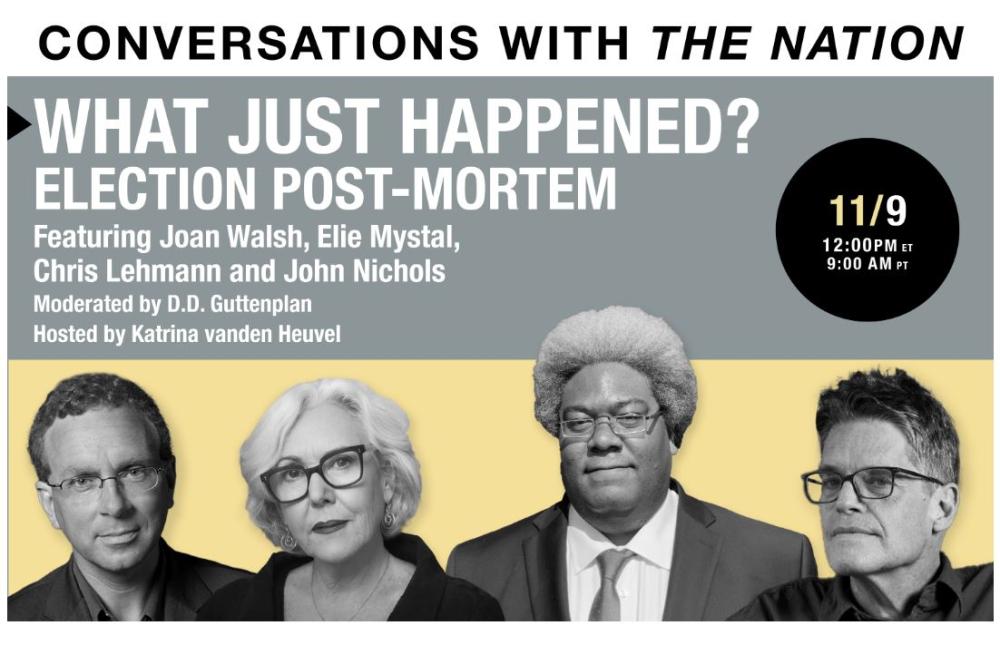 Join a special, extended, wide-ranging conversation with The Nation’s most astute political observers in the wake of the most important midterm election of our lives.

Editorial director and publisher Katrina vanden Heuvel, justice correspondent Elie Mystal, national affairs correspondents Joan Walsh and John Nichols, and DC bureau chief Chris Lehmann will lead a spirited, if bleary-eyed, discussion on the possibilities and pitfalls coming out of Election Day. The Senate and House races will be obvious points of discussion but the importance of the State houses, local legislatures, and individual referendums will also be thoroughly unpacked. Moderated by Nation editor D.D. Guttenplan, there will be ample time for audience questions.

Tickets are $10. Closed captions are available. A link to video of the full proceedings will be sent to every ticket holder.

Bringing together union members, labor activists, and local officers, a Troublemakers School is an incredible space for networking, building solidarity, and sharing successes, strategy, and inspiration. It’s a real shot in the arm for newbies and seasoned activists alike.

Members who attend will get inspired. Hear speakers from the front lines of recent struggles.

$45 - Registration plus a HALF OFF subscription to Labor Notes ($15)

Questions? Ideas? Want to get involved? Email Joe at joe@labornotes.org 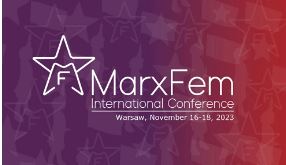 We would like to kindly invite you to submit your presentation proposal for the 5th International Marxist Feminist Conference which will take place in November 2023 in Warsaw and will focus on feminist theoretical, political, cultural, and artistic responses to current crises.

The conference is organised and funded by transform! europe in cooperation with the Rosa Luxemburg Foundation and Fundacja Naprzód.

The idea of an International Marxist Feminist Conference was originally brought into being, and was since then continuously organised, by the feminist section of the Berliner Institute of Critical Theory (InkriT) around the German sociologist and philosopher Frigga Haug. It was held in Berlin (Germany) for the first time in 2015, followed by an increasingly international second congress in Vienna in 2016, the third one took place in Lund (Sweden) in 2018 and the last one was held online (from Basque country) in 2021.

The participation in the International Marxist Feminist Conference is free of charge. We invite individual papers and panel proposals. We also invite literary and artistic responses and feminist theory/practice contributions.

We will try to provide some costs of the speakers (travel and accommodation), please signalise your interest in such support in your presentation/panel proposal.

Please send your proposals (no more than 300 words + a short bio/affiliation) by 31 January 2023 to: apps@marxconference.com

More information on the conference (in English and Polish) can be found here.

transform! europe is a network of 39 European organisations from 23 countries, active in the field of political education and critical scientific analysis, and is the recognised political foundation corresponding to the Party of the European Left (EL).