The 1963 March on Washington Then and Now

The `new majority' of youth, minority, gay and lesbian, women, labor, and immigrant voters is the foundation of a new March on Washington coalition. A contemporary civil rights movement that incorporates immigrant rights, climate justice, reproductive rights, & marriage equality may converge with a revitalized labor movement committed to organizing low-wage, youth, and immigrant workers - to once again bring pressure from below to usher in a new era of progressive reform

August 22, 2013 Martin Bennett and Fred Glass Beyond Chron
Printer friendly
The 1963 March on Washington Then and Now Published August 22, 2013 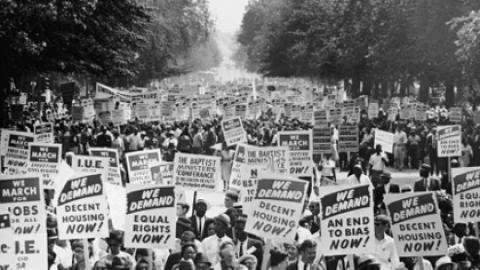