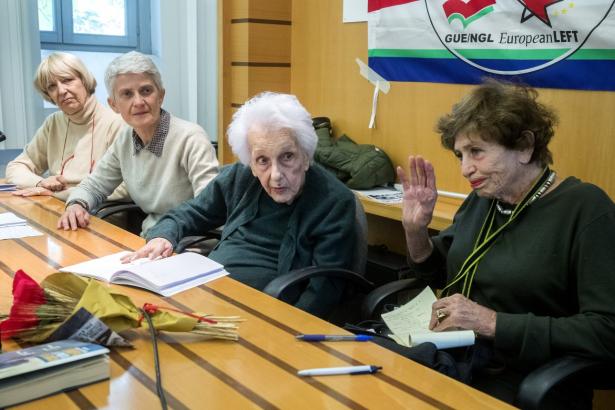 The right to same sex marriage  - for the first time in Asia - was a victory for the movement. This video from last November reports on the movement's growth.

University of the Philippines (UP) students, led by UP Rises against Tyranny, held a protest action on May 14 to condemn the election anomalies and fraud.

The opposition, despite the damage the ANC has inflicted on itself and the country, is still not a serious political threat, but why has a serious alternative to the ANC not emerged?

__________
Faced With Their Own Demise, Europe’s Social Democrats are Moving Left

Just as Rep. Alexandria Ocasio-Cortez (D-N.Y.) has ignited passions among liberal American voters, the leader of the Social Democrats’ youth wing, the Adidas-wearing Kevin Kühnert, is leading an insurgency within his party aimed at a bolder, more radical course.

More than one million people took part in protests against education budget cuts and the pension reform.

In 2019 elections in India, as the major challenge is to defeat the right wing forces, many national, regional and other smaller political parties have agreed on formal and informal alliances against BJP.

Rossana Rossanda, Luciana Castellina and other leading women of the left speak out.

Due to its severe repressive measures, the Mullahs’ regime has been able to destabilize all levels of demands by the working class. The extent of this is probably unimaginable for people living outside Iran.

One of the most deprived social groups, Roma are paradoxically perceived by many ethnic Bulgarians as privileged receivers of social assistance and rights, pampered by political elites at the expense of ordinary people who work and pay taxes.