Great lives and lessons, election news from Bolivia and Israel, and more 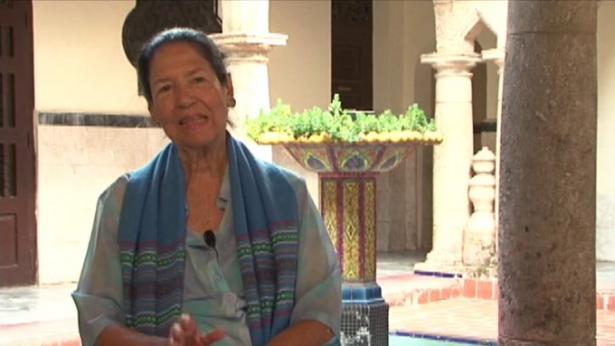 (Portside note: Next week we will include an appreciation of Puerto Rican independentista Rafael Cancel Miranda, who died on March 2.)

Asela de los Santos Tamayo, a prominent Cuban revolutionary and pedagogue, died on January 23, at the age of 90.

Compañera Asela de los Santos was born on September 10, 1929 in the city of Santiago de Cuba. From a very young age she joined student struggles at the University of the East, where she graduated as a Doctor of Pedagogy. There she met compañera Vilma Espín, with whom she maintained a close friendship.

At the time of the coup d'état of 10 March 1952, she was arrested with other women comrades when they were caught distributing revolutionary proclamations.

She collaborated in the search for ways to help the survivors of the attack on the Moncada Barracks. Together with Frank País and under his orders she was part of the initial core of the 26th of July Movement. She took part in the November 30, 1956 uprising in Santiago de Cuba.

During the insurrectional period she carried out various missions, including the transfer of comrades who were part of the first reinforcement to the Sierra Maestra and, together with other clandestine combatants, moved arms for the struggle, from the United States.

In August 1958 she joined the Rebel Army in the Frank País Second Eastern Front, whose Chief, then Commander Raúl Castro Ruz, appointed her to head the Department of Education, where she participated in the establishment of more than 400 schools for children, and the formation of literacy groups for combatants.

The success of the Revolution was a credit to her work with Vilma Espín in the creation of the Federation of Cuban Women, where he was a member of the National Committee and later occupied the responsibility of Secretary General.

In 1966 she joined the Ministry of the Revolutionary Armed Forces as Chief of the Camilo Cienfuegos Directorate of Education and Military Schools. In 1969 she was promoted to the rank of captain.

Later, in 1970 she was appointed Director-General of Teacher Training at the Ministry of Education, where she went through different responsibilities and was promoted to Minister in 1979.

Asela was a founder of the Communist Party of Cuba and a member of its Central Committee for three terms. She was also a member of the national leadership of the Cuban Revolutionary Fighters Association.

Ideals and love united her until the last moments of her life to the Hero of the Republic of Cuba, José Ramón Fernández. Asela will be remembered for her modesty, firmness, commitment to social justice and loyalty to Fidel, Raul, Vilma and the Cuban Revolution.

Bolivia is still reeling from the coup that unseated Evo Morales last November. Amid repression and intimidation from a fortified Right now in power, the Left is preparing itself for new presidential elections.

As Netanyahu's win threatens to consolidate a far right coalition government, the Joint List may be a new rallying point for a battered left in Israel.

Vázquez, one of the main leaders of the Uruguayan left, headed the first presidency of the Frente Amplio. In addition, he was mayor of Montevideo in 1989 and has been one of those responsible for the growth of the left in the South American country.

Dominicans and allies have flooded the streets—both in the mainland and the diaspora (including New York, Philadelphia, Madrid, Miami and more)—to raise a collective voice for democracy. A democracy which they see as being under siege after the electoral failure that sloppily unfolded on February 16.

Tal’at means stepping out in Arabic. The street movement opposes gender-based violence in all its manifestations: femicide, domestic violence, embedded sexism and exploitation, asserting that the path to true liberation must embody the emancipation of each and every Palestinian, including women.

The Indigenous Saami reindeer-herding community, Girjas, won a significant legal battle against the Swedish state. Indigenous governance of lands and biodiversity are key measures that can help address the climate crisis.

The two-year-old government is in chaos. PSM deputy chairperson Arul highlighted the need for the empowerment of working-class politics to battle the “opportunistic and avaricious” elite politics currently shamelessly on display.