New York Must Fight for Equity — The Real Kind

The goal isn’t merely eliminating barriers to ascending the strata, but rather flattening the hierarchy altogether. If “equity” is to be a worthwhile word, it will have to mean de-stratifying the systems that impose sexist and racist hierarchies. 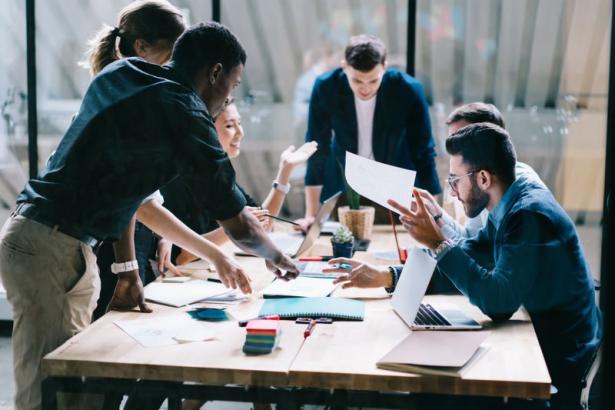 Something suspicious is going on with the word “equity.” It seems like everybody is for it, even people with opposite interests. Whether it be democratic socialists like me, disgraced former Gov. Andrew Cuomo, conservative billionaire mega-donor Stephen Ross, or staunchly anti-labor mega-corporation Amazon (for whom the term’s primary meaning is “stock”), nobody seems to oppose “equity” these days.

Obviously, it’s important for us to clarify just what the term means.

As the chair of the City Council’s Committee on Women and Gender Equity, I see this question as consequential, not theoretical. The answer has clear bearing on what business the committee takes up, what hearings we hold, what lines of questioning we pursue and what legislative recommendations we make.

Many people are most familiar with equity in the context of “Diversity, Equity and Inclusion,” (DEI) a formulation often touted by corporations and other top-down organizations to shield themselves from criticism, or lawsuits. The idea behind DEI is to create pathways for more gender and ethnic diversity in positions of leadership.

While on its face a laudable goal, this form of “equity” risks entrenching the unfair power dynamics that generate such inequitable outcomes in the first place. The fact is, these institutions are organized into hierarchies. Corporate boards, executive leadership, highly paid management positions — these are foremost instruments of exploitation and control.

Granting inclusion in them to more diverse cross-sections of our society recalls Dr. Martin Luther King’s lament that Black Americans appeared to be “integrating into a burning house.”

This kind of representative stratification is incompatible with my understanding of equity. For me, the goal isn’t merely eliminating barriers to ascending the strata, but rather flattening the hierarchy altogether.

Is a diverse ruling class as bad as a ruling class entirely dominated by property-owning men of European ancestry? No. But compared to a system without a ruling class at all, a system wherein the diverse and inclusive masses don’t make up an underclass, it is sorely deficient.

If “equity” is to be a worthwhile word, it will have to mean de-stratifying the systems that impose sexist and racist hierarchies on our society.

That means creating democratically run businesses; collectively owned housing stock; public provision of community-based resources; decarceration; a drawdown of the surveillance and policing apparatus; guaranteed human rights to care, nutrition, employment and education. These are equitable solutions to the challenges we face.

In the context of gender, my purview as committee chair, this means providing supports for survivors of gender-based violence, harassment and abuse and dignified conditions for workers in traditionally gendered professions, including currently unpaid and invisible care work.

It means shifting resources and power away from patriarchal systems of violence and punishment and toward the compassionate, life-giving systems which we have sidelined and devalued for too long.

It means expanding access to affordable, quality child care and ensuring that child-care workers, who are majority women of color, receive the pay and dignity they deserve, and investigating the ways that the COVID-19 pandemic has had gendered economic impacts.

It means not simply advocating for the most wealthy and powerful women to be on par with the most wealthy and powerful men, but rather championing the needs and hopes of the marginalized, oppressed and exploited: queer, trans, gender non-conforming and non-binary New Yorkers, Black, indigenous and other women and femmes of color, and women and femmes of all immigrantion documentation statuses, those incarcerated and institutionalized, those impoverished and precarious, those with disabilities, those performing sex work and other criminalized jobs and more.

Let’s get specific. If New York City wants to truly embrace equity, in its most meaningful, impactful sense, there are a number of policy priorities we should be pursuing. We should guarantee universal just cause protections for our workforce, so that no employer can fire a worker without a valid reason. We should fully fund our current public housing stock and focus our development strategies on building permanently affordable, democratically-managed social housing.

We should significantly expand our Healthy Women, Healthy Futures program to guarantee doula and midwifery care to all pregnant New Yorkers. We should pass a budget that dramatically scales up our investment in the Crisis Management System to prevent violence before it occurs, rather than merely punishing it after the fact. We should once again make CUNY tuition-free, the way it was always supposed to be.

These will be big fights, to be sure, not won quickly or easily. And this is far from an exhaustive list of priorities. But winning them will mean so much more than slotting diverse faces into high places. It will mean enormous enhancements to public safety and public health. It will mean strong and vibrant families and communities, where neighbors aren’t fearful or desperate. It will mean building the New York City we all deserve.

That’s an “equity” I can get behind.