What Caused Jan. 6th - Trump Told Me To Do It --  cartoon by Mike Luckovich
Texas School Security  --  cartoon by Nick Anderson
Re: What the Boudin Recall Does—and Doesn’t—Mean for SF Politics (Anthony Timmons)
Re: Poland Establishes ‘Terrifying’ Pregnancy Register After Banning Almost All Abortions (Arlene Halfon)
Insurrectionists Club  --  cartoon by Rob Rogers
Re: Medicare for All Could Have Prevented More Than 338,000 Us COVID Deaths: Study (Kathryn Evann Wegner)
Re: Karl Marx Was Right: Workers Are Systematically Exploited Under Capitalism (Eleanor Roosevelt; Robert Wayne Johnson; Steven Temesvari; Quentin Mark; Caleb Peterson; Kyle Benson; Revend Joshua A Jackson; Felice Sage)
Re: Labor’s John L. Lewis Moment (Staughton Lynd and Gary Stevenson)
Re: The War in Ukraine May Be Impossible To Stop. And the U.S. Deserves Much of the Blame (Stan Nadel; Hollis Stewart; Dan Jordan)
Re: Gangsters of Capitalism (Michael O'Rourke)
The Facts Are Coming  --  cartoon by Brian Narelle

Historic Rally on the 50th Anniversary of the Case of Puerto Rico Before the United Nations - Independence for Puerto Rico Now - June 20
Virtual Book Event - Labor, Democracy, and the Common Good: Where Do We Stand and What Must be Done? - June 28 (Common Good and the Kalmanovitz Initiative for Labor and the Working Poor)

What Caused Jan. 6th - Trump Told Me To Do It --  cartoon by Mike Luckovich 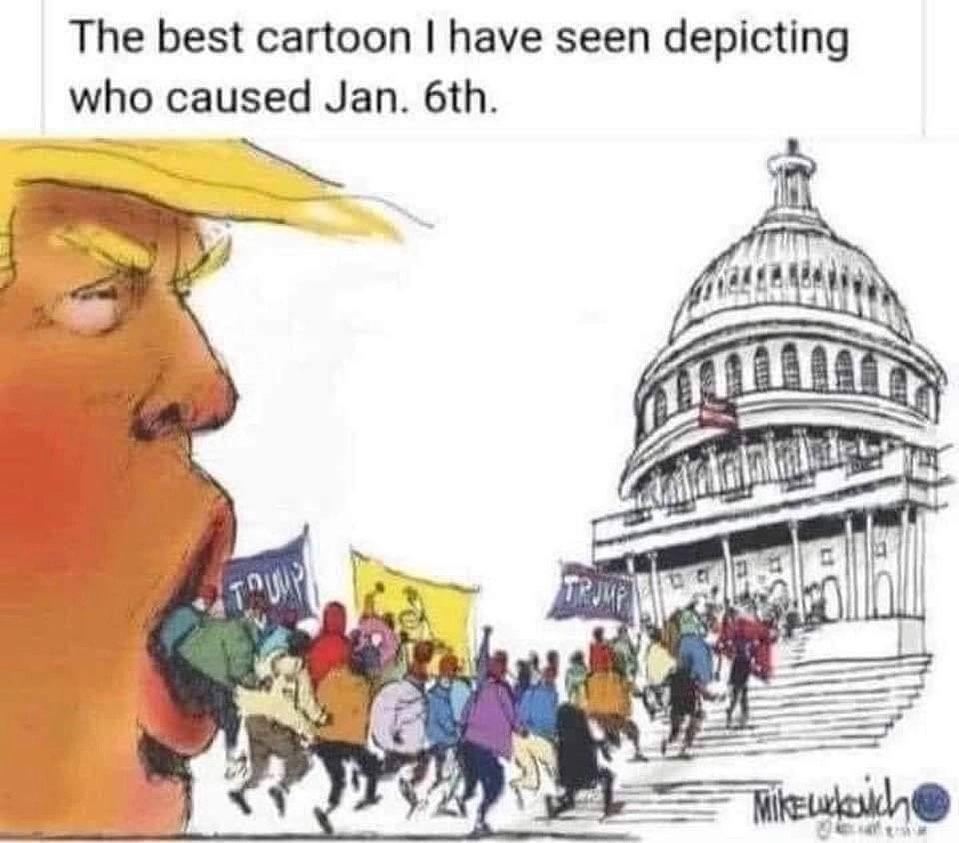 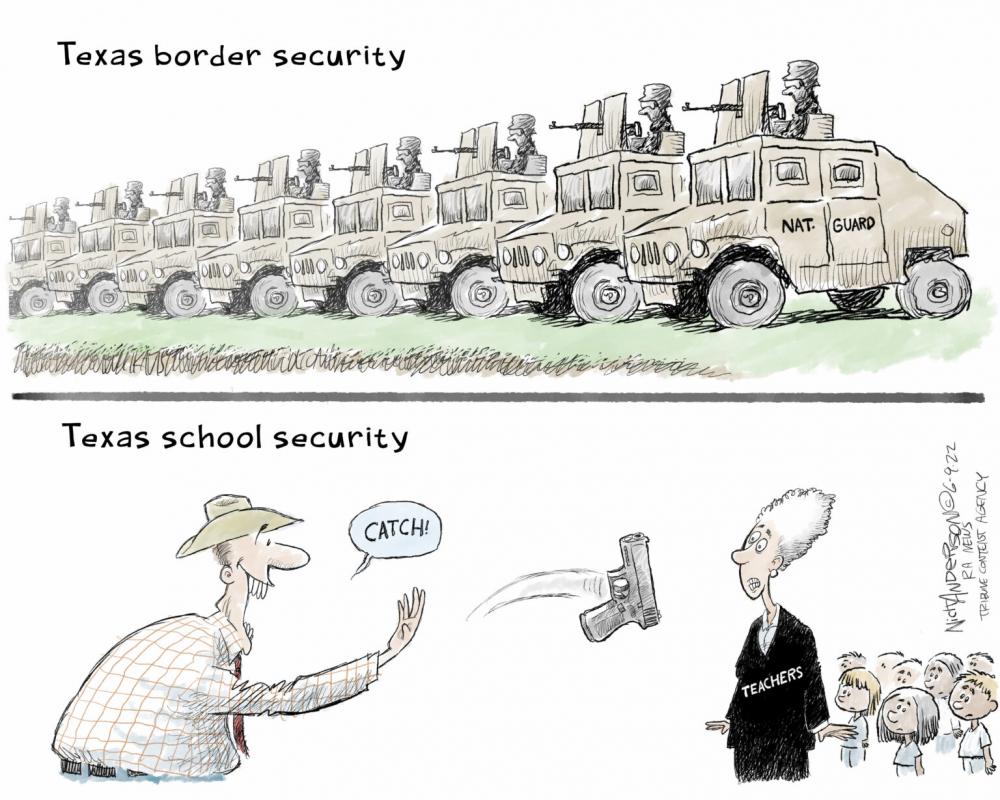 Re: What the Boudin Recall Does—and Doesn’t—Mean for SF Politics

As Varoufakis said, of his brief time as finance minister of Greece. "There is a difference between being in office, and being in power"

So if a man kicks his wife in the stomach for arguing with him, she can be charged with "abortion" since she knew he beats her and kicks her when she argues.

Will she be burnt at the stake because she must be a witch? 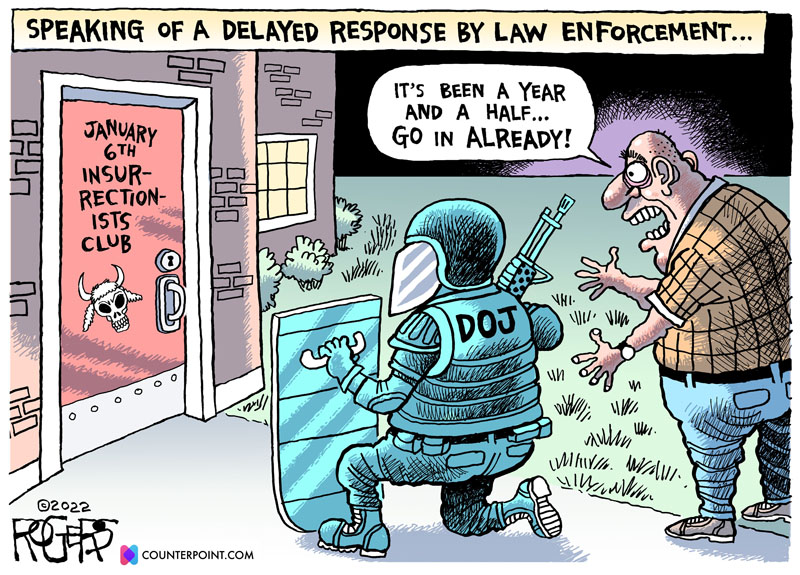 Re: Medicare for All Could Have Prevented More Than 338,000 Us COVID Deaths: Study

We don’t need any more studies. We need a government that isn’t bought by the predatory healthcare insurance cartel

Re: Karl Marx Was Right: Workers Are Systematically Exploited Under Capitalism

"Wage Labour and Capitalism" is still well worth reading by any worker who wants to really understand why they never seem to get anywhere no matter how hard they work.

The LTV is true by definition; Thorstein Veblen’s distinction between business (money-making) and industry (production of goods and services) is more interesting and makes the same point: capitalists are parasites.

Capitalism is not the problem. Government messing with labour laws and taking power from employment unions has upset the balance of power between employee and employer.

just a fun fyi, it was Adam Smith, the father of capitalism, that first formed the idea of LTV. Perhaps your vanguard forgot to tell you that?

No, all of us Marxists know that; we also know that Smith has been dead for over a hundred years- what we have now is plutocratic oligopoly-capitalist imperialism.

And employees need those unions because capitalism is inherently exploitative if you don’t have a system to fight against it.

This phenomenon of "government messing with labour laws and taking power from employment unions..." an expression of class war.

you're sooo close to connecting the dots. SOOOO Close.

The article praising John L. Lewis by Steve Greenhouse and colleague calls for an answer. Here it is. The article urges that new labor insurgencies pursue the model created by John L. Lewis. We disagree.

The typical contract entered into by the major unions that made up the CIO—steel, auto, rubber, meatpacking, and the like—were modeled on John L. Lewis’s contract with coal mine owners. Workers who wanted his financial help to organize were obliged to accept certain contractual provisions.

The result was a common labor contract containing two disastrous clauses. The first was a promise by the union not to strike for the duration of the contract. The second was a promise granting contracting employers sole authority to make decisions about new investment, plant closings, and other features of a so-called “management prerogative.” Unions that wished to negotiate had to accept these prohibitions and were allowed to negotiate, but only for wages, hours, working conditions and benefits.

The IWW rejects negotiations that take these management powers for granted. We believe it is essential for workers seeking fundamental change to insist on the freedom to settle problems by direct action as they arise.

Re: The War in Ukraine May Be Impossible To Stop. And the U.S. Deserves Much of the Blame.

Given that Putin has just moved to reject Russia's recognition of Lithuania's independence the notion that he is ready to enter serious negotiations to end his war against Ukraine on anything other than his terms is delusionary.

At the beginning of 1991 there were mass demonstrations in Lithuania. In the course of this, Soviet troops had been transferred to Vilnius. In September of the same year, the USSR recognized the Republic of Lithuania and the country became a member of the United Nations.

Now, Putin's United Russia party has proposed to the State Duma to repeal this resolution. An explanation of the corresponding draft law states that the resolution was passed by an unconstitutional body and is therefore illegal. In addition, the Republic of Lithuania did not hold a referendum on secession from the Soviet Union. "No state body of the USSR had the power to decide neither on the secession of the republics from the USSR nor on the termination of the existence of the USSR as a unitary state," the explanatory note reads.

And the US and NATO have constantly said, negotiations can not include any negotiations with things that will meet Russian demands.  So we have put Zelensky in a position to say no to everything and win thousands of deaths of Ukrainians.

Very disappointed in Portside for publishing this pro-Putin propaganda.

Re: Gangsters of Capitalism

You can listen to Butler’s book “War Is A Racket” https://youtu.be/26O-2SVcrw0 on YouTube. Well worth an hour of your time.

The Facts Are Coming  --  cartoon by Brian Narelle 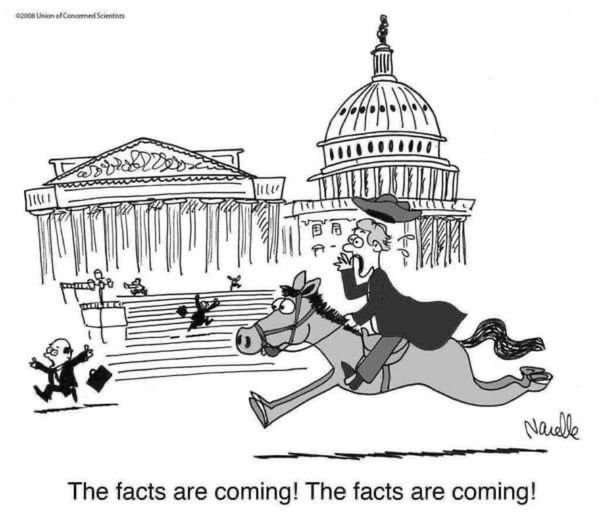 I created this cartoon for the Union of Concerned Scientists  years ago. Unfortunately it appears to have a very long shelf life. 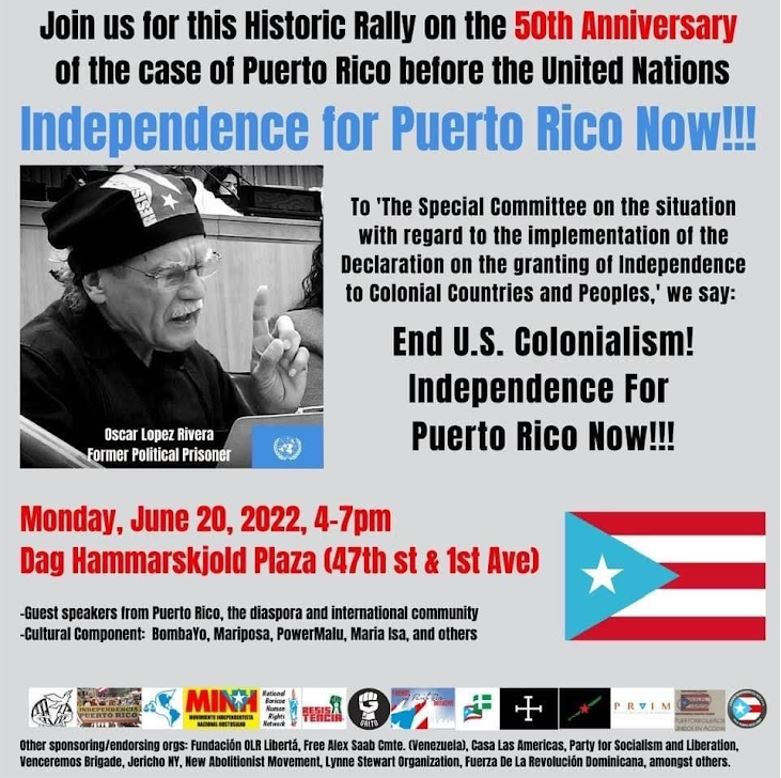 Virtual Book Event - Labor, Democracy, and the Common Good: Where Do We Stand and What Must be Done? - June 28 (Common Good and the Kalmanovitz Initiative for Labor and the Working Poor) 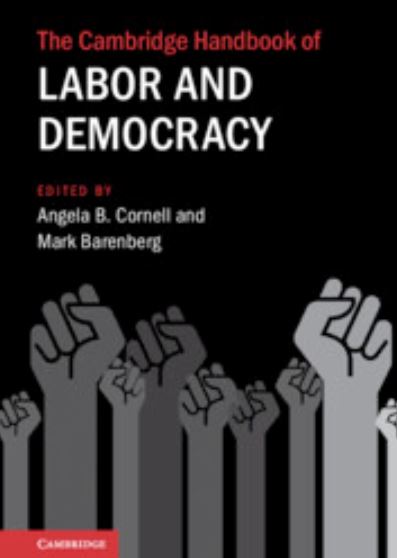 Democracy is under assault in our workplaces and across much of the globe.  How has this assault come about and how can workers fight back, defending and extending democracy?

Please join Dorian Warren of Community Change for a discussion with the editors of The Cambridge Handbook of Labor and Democracy, Mark Barenberg of Columbia Law School, Angela B. Cornell of Cornell Law School, and activist contributors to their volume, Sarita Gupta of the Ford Foundation, Lauren Jacobs of PowerSwitch Action, and Stephen Lerner of Bargaining for the Common Good.

Register to receive a link on Zoom.

Kalmanovitz Initiative for Labor and the Working Poor