labor Young Workers Are Bridging the Climate and Labor Movements 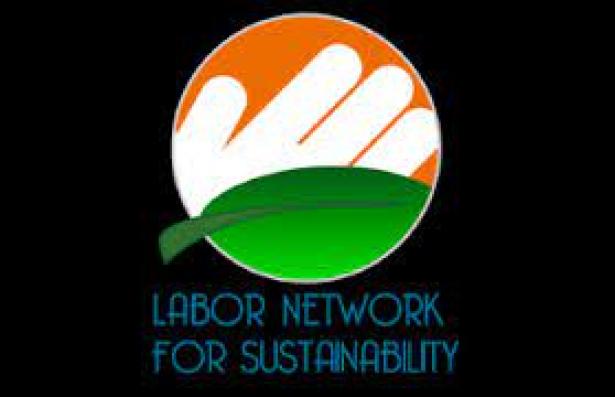 New momentum is buzzing through the North American labor movement, driven by the same age group which, across party affiliations and the urban-rural divide, has expressed majority-to-outsize support for advancing a climate policy overhaul with economic justice at its core.

After ticking up slightly in 2020, the overall union membership rate in the United States fell back to where it’s been hovering the past few years, in 2021. But in spite of the stagnancy of other age groups, union membership among workers between 25 and 34 years old was on the rise, climbing from 8.8 percent in 2019 to a still-modest 9.4 percent in 2021. That bump does not account for the surge in union drives over the past eight months — including in the midst of this writing — many of whichhave been led by young workers.

Young people have grown up in a chilling environment for labor, with their working lives preceded by decades of union disintegration. In 1981, former President Ronald Reagan crushed an air traffic controllers’ strike, firing 11,000 workers and heralding an era of labor repression. Prior to 1981, workers carried out 200-400 large strikes each year in the U.S., but that number tumbled through Reagan’s two terms. By 2017, there were a mere seven large strikes annually, as The Intercept reported.

In the past few years, though, young people have reinvigorated the strike tactic in creative new ways. For example, youth around the world have led a massive number of school climate strikes, and organizers who were part of the Black Lives Matter movement organized a Strike for Black Lives.

Many of those young racial justice and climate justice activists have now found themselves in the labor movement, Joshua Dedmond, youth organizer with the Labor Network for Sustainability (LNS), told Truthout. “I really feel that there is a sincere yearning [by] young workers to bridge these existing chasms between the labor movement and climate justice movement,” he said. Dedmond and others with the LNS Young Worker Listening Project are in the process of analyzing 400 surveys of young workers and 70 in-depth interviews, ahead of a report to be published this fall, which will summarize young people’s experiences dealing with the impacts of climate change on the job, and opinions on how the labor and climate movements could further strengthen one another. Many young activists report dealing with burnout, and that pattern has raised questions for them about what sustainable work looks like and how organizers’ labor can be sustained for the long haul — questions that intersect deeply with union organizing. The labor movement offers a space to build across social movements, Dedmond said, by “tearing down some of the silos and insularity that we encounter.”

Simultaneously, it’s clear that young people in the labor movement want to bargain on climate issues in contract negotiations, according to LNS’s preliminary survey results. While it has been challenging to get some older workers involved in the climate struggle, Dedmond said, younger workers are quicker to see the connections between intersecting crises they’re dealing with. “Young workers bring a refreshing analysis to note that we don’t have to trade off good jobs for the environment and we don’t have to trade off the environment for good jobs — we can very much work in concert.”

With governments availing trillions of dollars for climate solutions worldwide, the delivery of visions like biodiversity-boosting offshore wind farms and cascades of rooftop solar panels, will create nearly 10 million jobs in the U.S. alone over the next decade, as the Political Economy Research Institute at the University of Massachusetts-Amherst has estimated. The degree to which those bringing the energy transition about through their daily work can successfully expand bargaining capacity in the face of corporate opportunism will be a deciding factor in whether this reordering will be a just one, or simply a shift in gears from Big Oil to Big Battery, Big Wind and Big Solar, policy experts have explained.

“I really feel that there is a sincere yearning [by] young workers to bridge these existing chasms between the labor movement and climate justice movement.”

While still well below unionization rates of those working in coal, natural gas and nuclear sectors, renewable energy workers are increasingly joining unions. According to a 2021 U.S. Energy and Employment report, nearly 10 percent of solar workers are unionized — more than double the previous year. Part of this shift toward worker organizing in the renewable energy sector is about safety. Much like jobs associated with the fossil-fuel based economy and energy systems, some new jobs available to workers amid the energy transition are inherently risky, like installing offshore wind fleets. In Texas, where the union rate is among the lowest in North America after South Carolina, North Carolina and Utah — at 3.8 percent — construction workers rarely have health insurance or other benefits afforded to union members elsewhere, according to the group Texas Climate Jobs Project. If workers have an accident on the job, their employer is not required to pay workers compensation. Short of an expansion of workers’ protections, such as those that could be collectively bargained for, massive offshore fleets could come at the expense of the people building them.

The push toward building worker power amid an energy transition is also about protecting, and growing, what’s already in place. The labor movement is, of course, behind institutions we often take for granted, like weekends, the Social Security system and the middle class itself. But the recent unwinding of other staples of a healthy society — the right to abortion and the authority of the federal government to regulate emissions from power plants, for instance — highlight how powerful right-wing and corporate interests have the ability to reverse years of activist wins.

Sharon Griffith is an administrative assistant and shop steward for the Utility Workers Union of America (UWUA) Local 1-2, in New York City, and a member of UWUA’s Young Workers Initiative Committee. She has said young workers groups are ideally positioned to reverse decades of anti-union rhetoric. “We can give [young workers] our side of the story before corporations’ relentless propaganda model [instills the idea that] ‘you should just be lucky to have a job,’” Griffith said at an event at the UWUA Convention in 2015. “We can further educate them that it is in fact the corporations, the employers, that are lucky to have us.”

For climate activist Alexandria Fisher, the labor movement has proven a vessel for making a more significant impact on climate-focused interventions than in more conventional climate spaces she’s engaged with, like the United Nations’s annual Conference of the Parties (COP), which has repeatedly failed to accomplish its purpose. In 2017, Fisher took a job working in the Ministry of Energy in Alberta. She joined the Alberta Union of Provincial Employees — the largest public sector union in western Canada — that serves around 100,000 government workers, and was elected chair of its environmental committee. Together with a group of other young women in their early 30s, she helped to pass a resolution committing the union to initiating the decarbonization of members’ pension plans. Ultimately, she and others involved with the effort were able to “convince people in the heart of oil country to support climate.” Fisher praised the union’s elders for their support and willingness to pass the torch and create space for leadership of younger organizers with new visions.

In June, the AFL-CIO, the largest federation of unions in the U.S., issued a resolution to launch a young workers program, intended to be a hub for empowering young workers with access to existing union infrastructure through its affiliated state federations and central labor councils. “Young workers are organizing from the ground up, leading high-profile campaigns around the country and winning,” Liz Shuler, AFL-CIO president, told Truthout in a statement, of the federation’s decision to revamp a version of what it began in 2009. “Young workers report the economic status quo is working against them, and when they look for answers, they see collective action through labor organizing as the solution,” Shuler said. In addition to training and mobilizing more young organizers, the initiative will plug into legislative efforts around student debt and affirming college athletes’ right to organize and promote collective bargaining education efforts in high schools.

The influx of resources could majorly amplify ongoing efforts and simultaneously help the labor movement “save itself,” as John Hiatt, former chief of staff for the AFL-CIO president, wrote in The Prospect.There’s no shortage of youth-led union drives and young worker committees to amplify. The Labor Network for Sustainability is in the midst of planning a Young Workers Climate Convergence in Los Angeles in partnership with the International Brotherhood of Electrical Workers Local 11, in September, where they’ll bring together workers across professions who want labor to lead on climate. The Transport Workers Union (TWU) has built a young workers program called the Future Leaders Organizing Committee (FLOC) in its air division, which has roughly doubled since it began in 2019, according to Heather Laverty of the TWU. In September, the group plans to open up the young workers program to TWU’s other two divisions: transit and rail.

“Unions are a great equalizer,” Anthony Hernandez, an airline worker and leader with FLOC told Truthout, when asked about the importance of young worker engagement with unions amid ongoing economic, climate, racial justice and public health crises. “Being in a union made me aware that … we are not expendable pieces of equipment.”

History shows that momentum from within, and on the margins of traditional unions has enormous potential to transform the social landscape, said Timothy Minchin, professor of North American history at La Trobe University and the author of Labor Under Fire. Between 1933 and 1945, the union membership rate in the U.S. spiked from 9.5 percent to 33.4 percent, keeping in check earnings by the richest 10 percent, which dovetailed as union membership rose over the same years.

Minchin says young workers are particularly motivated by the copy-cat effect — as seen in the efforts of workers across Amazon, Starbucks and Trader Joe’s franchises. “Once people see that you can organize, others get the confidence to do it themselves,” Minchin said. “Things can change quite quickly, actually, which is an encouraging aspect.”

Amid stalled climate policy at the federal level, ongoing growth in the labor movement could have enormous implications for curbing the climate crisis and improving quality of life for those living in its midst.