World-changing events as masses vote and hit the streets 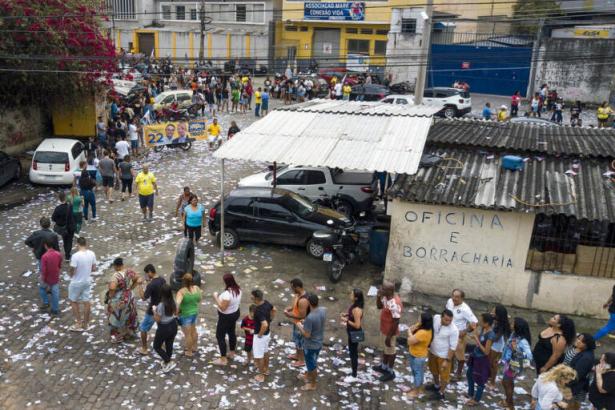 Sexual harassment and violence directed primarily against women is an omnipresent part of our society and, unfortunately, also crops up repeatedly on the Left. The handbook on feminism within the Vänsterpartiet, or Swedish Left Party, which was designed to facilitate the fair participation of women in the party by setting out clear rules of communication and conduct.

A hegemonic stalemate or a hegemonic vacuum, opens up the path to a world where there could be greater freedom of political and economic maneuver for smaller, traditionally less privileged actors from the global South, where a truly multilateral order could be constructed through cooperation rather than be imposed through either unilateral or liberal hegemony.

The regional East African Court of Justice has ruled that Tanzania’s decision to cordon off land for wildlife protection was legal, dealing a blow to the Maasai Indigenous group who had protested against the move, accusing the government of trying to force them off their ancestral land to promote tourism.

__________
The Japanese Communist Party in Perspective

In July 2022, the Japanese Communist Party commemorated the hundredth anniversary of its founding. In the prewar era and for a time after World War II, the party urged violent revolution and was a target of harsh repression, but it increased its influence thereafter, and recently has cooperated with other parties to present a united opposition.

Listen to a simultaneous English translation of Arce’s UN speech on September 20, 2022, in full, here.