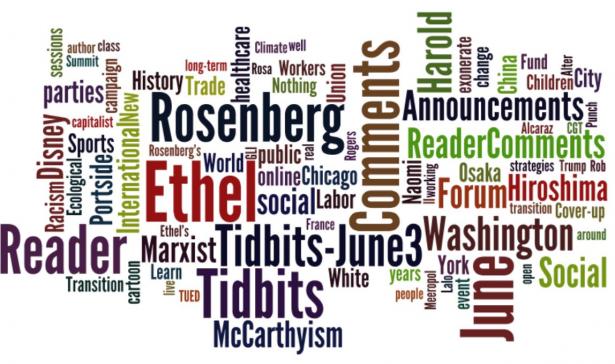 Re: Chileans Voted for an End to Neoliberalism (Hiram Diaz)
Race Massacres  --  cartoon by Rob Rogers
Re: Review: Lesley Blume's “Fallout: The Hiroshima Cover-up and the Reporter Who Revealed It to the World” (John Aldis)
Nothing to See, Nothing to Investigate  --  cartoon by Lalo Alcaraz
Re: White People’s Stake in Ending the White Republic (Paul Wilcox)
Re: Closed Door Negotiations Between New York City and Unions Representing City Workers Could Privatize Their Medicare Coverage (Florence Punch)
Re: Naomi Osaka and the Power of ‘Nope’ (Hans von Sponeck)
Re: 80 Years Ago Today, Disney Animation Workers Went on Strike (Eleanor Roosevelt; Felice Sage; Jan Horowitz; Bill Hahn)
Re: More than McCarthyism: The Attack on Activism Students Don’t Learn About from Their Textbooks (Andy Webster)
Re: Marxist Parties Urged to Strive for Progress of Humankind (Ethan Young; Talmadge Wright; Dan Morgan)

Re: Chileans Voted for an End to Neoliberalism

Exactly what is needed in Puerto Rico 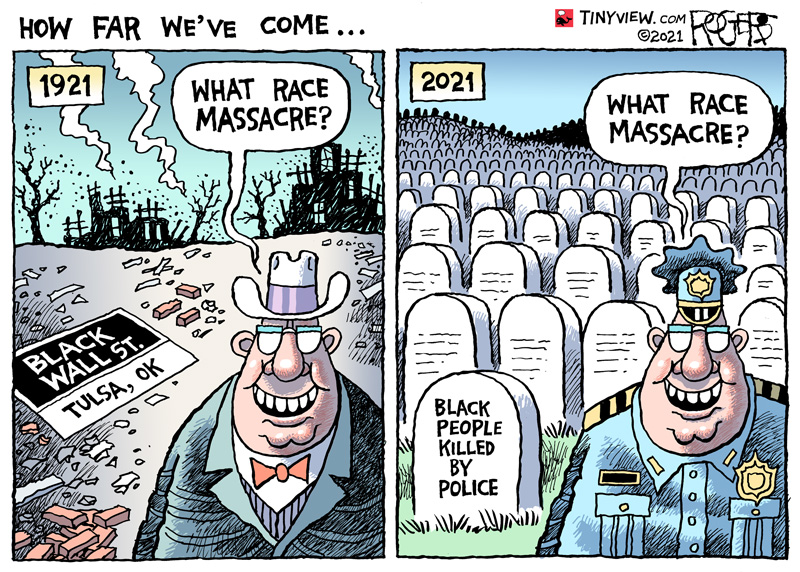 Re: Review: Lesley Blume's “Fallout: The Hiroshima Cover-up and the Reporter Who Revealed It to the World”

This is an excellent article, showing what the bravery of one man can do to change the world's perception of the threat of a nuclear holocaust.

Nothing to See, Nothing to Investigate  --  cartoon by Lalo Alcaraz 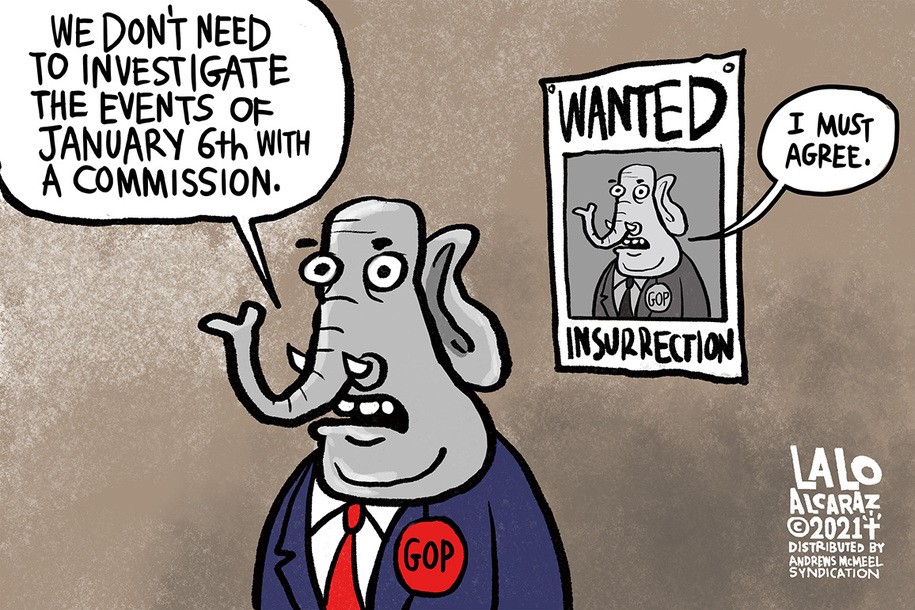 Re: White People’s Stake in Ending the White Republic

Not a bad article overall, and I appreciate the attempt, but we don’t live in a “white republic” We happen to live in a capitalist society, ruled by rich capitalists. I certainly agree that working class whites need to fight racism and show solidarity with oppressed people, and  the capitalists use racism to divide the working class, but we don’t live in a “white republic”  That puts me and Donald Trump in the same boat. That’s what Trump says, so unless you are a Donald Trump enthusiast, stop misleading people.

This is the first I’m hearing about it

Re: Naomi Osaka and the Power of ‘Nope’

I salute Naomi Osaka. Her protest  should lead to court cases against sport slavery - no impunity for  the commercial sports lobby.

Re: 80 Years Ago Today, Disney Animation Workers Went on Strike

Good Old Uncle Walt couldn't let it go, either. He saw to it that as many of the strike leaders as possible were blacklisted, and he took a leading role among the vicious red-baiters of postwar Hollywood.

I understand that old Walt was a real exploitative SOB. Disneyland and Disneyworld still treat their underpaid workers like crap.

When we worked for them it was "Mouschwitz"...kind of cool to see in this photo that all the women artists are in trousers!

and a bigoted anti-semite as well

Re: More than McCarthyism: The Attack on Activism Students Don’t Learn About from Their Textbooks

I just found out a year ago Helen Keller was a socialist. They don't teach that in schools.

Re: Marxist Parties Urged to Strive for Progress of Humankind

The focus of this meeting seems to be state ownership, commerce and investment at the expense of class, social demands or climate. It emphasizes "people-centered philosophy of government", which appears to be Xi's response to the international resistance to authoritarianism and corruption, but does not get into details about popular democracy, ie the leading role of the public in policy- and decision-making, in a socialist society. The parties' real challenge is not figuring out how to run things better than neoliberal capitalists, but how to empower social movements to bring radicalized civilians, the majority urban and rural workers, into political power.

International not national. Equality and justice not capitulation to capital.

The CPC leaders have a long-term strategy. They think long-term, plan long-term and that is easily forgotten in the Punch and Judy politics in the west. They are obviously using capitalist methods but recently are beginning to shift emphasis to policies that benefit the people, look to the Party's history and promote the study of marxism. Given the present strength of capitalist thinking there, the move to real socialism will be difficult and full of dangers, and it will need control by the Party - of 90 million members remember, to achieve it. 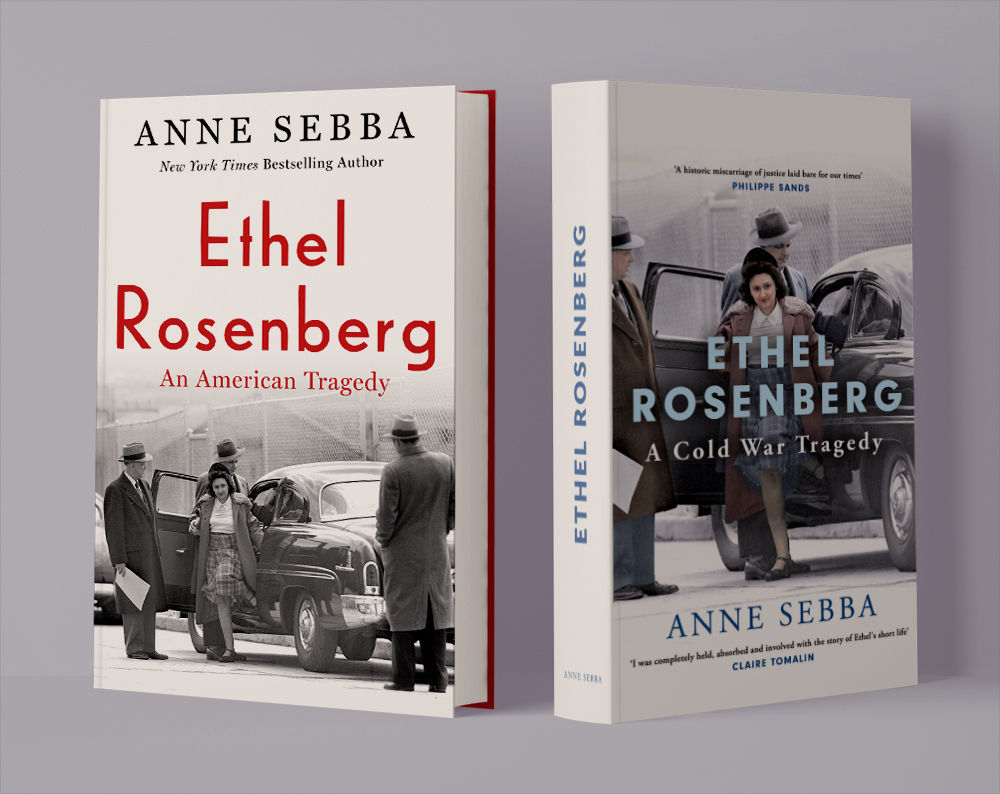 The Rosenberg Fund for Children isexcited to announce two upcoming online events which will focus on Ethel Rosenberg's life and the campaign to exonerate her. With the June 8th release of bestselling author Anne Sebba's new biography Ethel Rosenberg: An American Tragedy, Ethel's history is reemerging in public consciousness, and 70 years following her conviction it's clear that justice for Ethel matters as much as ever. We hope you'll join us (virtually) for both of these upcoming discussions:

What Can We Learn from Harold Washington? Two Generations of Left Electoral Struggle - June 15 (Chicago DSA) 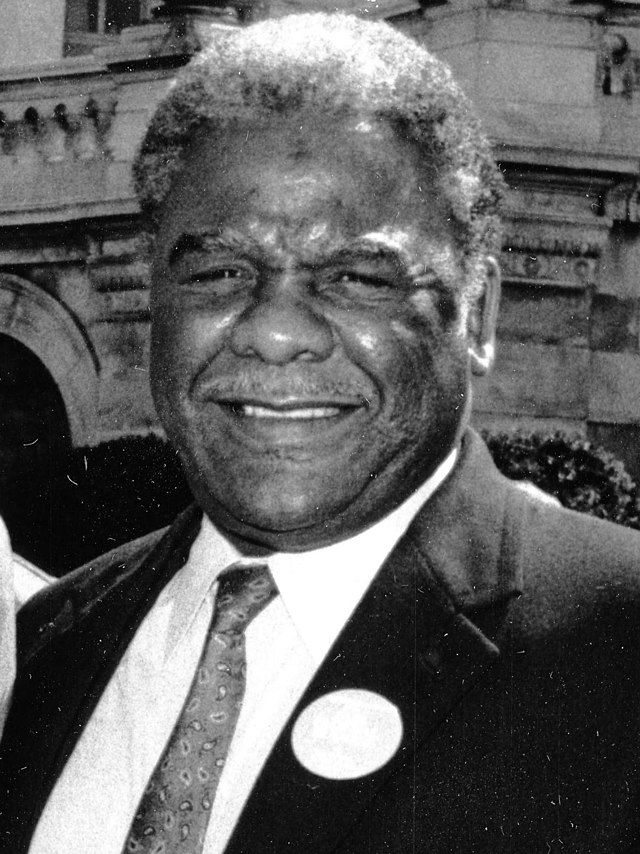 Register in advance for this meeting:
https://us02web.zoom.us/meeting/register/tZApc-qhqz0uG9whJ8EFIODgZDxOVmYwbF-h

After registering, you will receive a confirmation email containing information about joining

We are pleased to invite you to participate in the International Trade Union Forum on Ecological and Social Transitions, which will be held from 14 to 19 June in Paris and online in public sessions. This programme is the result of a joint effort involving more than a hundred trade union confederations and federations from the five continents, a dozen sectoral and regional internationals and a dozen actors from the associative world.

You will find attached the programme and the registration form of the conference which is organised around fifteen thematic workshops that will mark the conference.  The sessions are open to all trade union organisations and their allies as well as to all those who wish to build alternative paths and strategies for a truly just social and ecological transformation.

We invite you to circulate the registration platform as widely as possible and take part in the presentations and discussions and to join the common call for COP 26.

What is it about?

The social and environmental emergency, as well as the dramatic deterioration of the working and living conditions of a majority of the population since the beginning of the pandemic, has led a growing number of organizations – from company unions to professional federations to local, regional and international organizations – and other social movements to develop various strategies to respond.

This Forum was co-organized for several months with organizations from all continents. It will be an opportunity to share experiences, proposals and struggles of unions and their allies. The themes discussed will mainly revolve
around: the transformation of the energy system, sectoral transitions and strategies for building power relations. Each thematic workshop is the result of preparatory work that we wish to bring up for debate. Texts summarizing
our collective reflections will be made available to participants
before the Forum.

The Forum will be organized around daily sessions from June 14 to 19. The sessions will combine presentation and discussion time. It will conclude on Saturday, June 19 from 2pm to 5pm with a plenary assembly where a united appeal will be presented in view of the Cop26 in Glasgow and addressed to all social forces engaged in the construction of an ecological and social transformation.