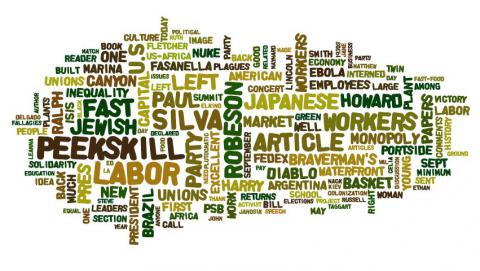 Re: One Hundred Ways to Change the Subject: Plutocratic Fallacies in the Service of Fast-Food Exploitation

What a GREAT tool which we will use when meeting with LA's Neighborhood Councils (cynical LA politicians started NC's for all the wrong window-dressing reasons but they have been organized-from-within/out to become forums for progressive work)to win minimum wage/benefits increases for non-union hotel workers (RaiseLA Campaign) as well as win a REAL increase in minimum wage for ALL LA residents working in all sectors of economy.

Portside info is almost always GREAT, how much greater when info format becomes a TOOL for ACTION!  Onward Portside!

Re: Ralph Fasanella, Lest We Forget

Great bio, but it knocked 20 years off of his life! Ralph died in 1997, not 1977.  I have a signed print of "The Daily News Strike" from 1993. In 1995, he donated several signed prints to the Labor Party. He kept painting, and supporting progressive causes, right up until the end.

Re: US-Africa Leaders Summit - How Was It For the Unions?

Excellent article on Africa and Unions. There are days I think Gary IN is actually in Africa.

Re: Back to School, and to Widening Inequality

A good article to read on this subject: "Social Class and School Knowledge" (1981) Jean Anyon. Explains this concept very well.

Re: What the Twin Plagues of ISIS and Ebola Have in Common

It is unbelievable how people in positions of responsibility are so irresponsible.

Oh you have NO idea. I know, I once made parts for Diablo Canyon as a machinist. Even anti-nuclear activists assume that power plants are temples of the most sophisticated gleaming technology, even if they have no idea what to do with the waste, still, these plants must be built to the very highest standards... Ha! The mantra of the project can be summed up in two words. "Low bid." My job was making large "nuts" (up to a foot and a half long, and up to six inches in diameter). They were to connect to large loops of special stainless steel, which were to act as earthquake restraints to hold large pipes in position. They were deliberately built sloppy, with bad thread and very loose tolerances... to save money. I could go on and on, the fact that the twin plants are NOT built to the same blueprints - #2 is designed to be a mirror image of unit #1. There was confusion when we were making parts, seems the prints for the wrong plant had been sent out... Everyone I knew who was working on the project was donating some of their pay to the ballot initiative to outlaw the plant...

Re: Will Brazil Elect Marina Silva as the World's First Green President?

An  interesting article with a number of important points.  The Brazilian Socialist Party is described as pro-business.  I'm in no position to dispute that.  Since I don't read Portuguese, I'm at the mercy of those who write about Brazilian politics in English - which is appallingly few..  The PSB is,  I think, the oldest socialist party in Brazil.  Is there any socialism left in the PSB platform?

If Marina Silva wins, will she really be to the right of the Workers Party, a moderate socialist party with many pro-business policies?  How much more moderate is the PSB, which Silva now leads, than the Workers Party of President Dilma Rousseff?

One thing the article doesn't mention is that Silva was a member of the Workers Party, before joining the Green Party.  Another is that in previous presidential elections, the PSB has not run a candidate and has endorsed the Workers Party candidate.

It seems likely that, if Silva is elected President, the mainstream corporate media will portray it as a defeat for the left in South America's largest and most powerful country.  How much truth will there be in that?

While Brazil under Pres. Lula and Pres. Rousseff was not closely aligned with the more radical presidents of South America (Pres. Maduro, Pres. Morales, and Pres. Correa), it has consistently defended them against U.S. intervention and maintained of level of left solidarity.  Lula campaigned in Venezuela for both the late Pres. Chavez and Pres.Maduro.  Will a level of solidarity with the more left presidents continue under a Silva administration?

If anyone can refer me to a article in English which provides answers to the above questions, or is authoritative enough to respond to them, I'd be much obliged.

It might serve your readers to also print articles on Silva from the business press like the Financial Times, which have been very favorable.

Re: Colonization by Bankruptcy: The High-stakes Chess Match for Argentina

Excellent!  Takes a complex subject and makes it understandAble. Thank you.

Not enough has been made of the successful strike against the controlling interests of the Market Basket food chain. The alliance between workers and consumers may well set a precedent for the long awaited push back of the middle class to the "hollowing out" of their income.

WONDERFUL !! Send this to conservative friends.

Been going on in the construction industry in the UK since Thatcher.

When scandals broke at Vatican, Pope Benedict claimed priests were 'independent contractors', Rome was not culpable for clergy abuse.

Big business, all the same.

Re: "We Need a New Culture on the Left, Pluralist and Tolerant"

Excellent article. need to abolish the inherited state and its institutions

And we don't have to endlessly quote Engels & Marx  either, in order for us to understand what we have to do -------- that's not very good science.

Re: If Unions Are Breaking Automakers, Why Are BMW and Mercedes So Rich?

So how do we democratize capital in the United States and give workers more of a say in how our economy is run?

To answer your question, in bed with the democratic party, most of the public workers unions.

Re: The Collapse of the American Jewish Center

What stuck out for me was a speech by Benjamin Netanyahu in the Gaza crisis where he referred to the Palestinians as "human animals." When you see someone as not of your species, that is the purest form of racism. Astonishing and abhorrent!

Re: Sanctions & the Dollar: A Fall From Grace?

Just a note congratulating my old friend and comrade Ringo (Conn Hallinan) on the excellent article.  Seems the Cold Warriors in the U.S. are dragging Obama (or maybe he's going willingly) back into the disaster of the Cold War, and as he so scholarly writes may well blow back on the U.S. economic hegemony on the world.

Things will keep heating up in  Kiev and let's just hope the U.S. wear mongers don't get their way and commit militarily to the struggle of the Eastern Kiev people for autonomy.  Now they want new elections, and it's obvious the powers that be what more militant and aggressive right wing nationalist in the government to advance the west's agenda of surrounding Russia with NATO.

Portside had provided the only  sane analysis of the situation, and thankfully BBC is at least trying to report on it objectively.

But when the U.S. supports the blocking of humanitarian aid to a besieged city the hypocrisy of our foreign policy is blatantly stripped naked for all the world to see.  From where I sit, Putin is (for whatever reason) playing his cards carefully, but has expressed in his speeches the reality of the situation in Ukraine.  The rise of fascism in the Baltic states and Ukraine should be a red flag (no pun intended) for everyone.

Re: On the Waterfront and Howard Fast

Lincoln Smith, in his comment about On the Waterfront, says Howard Fast was "a traitor saving his own skin." To my knowledge, Fast quit the CP, but never named names. How does that make him a traitor?

Call for papers on Harry Braverman's Labor and Monopoly Capital

As I announced at the UALE conference, as editor of the Interactive Issues section of the Labor Studies Journal, I am soliciting articles for a possible section on the historical impact of Harry Braverman's classic 1974 book, "Labor and Monopoly Capital :the degradation of work in the twentieth century." (Monthly Review Press), which   Having received a good deal of encouragement for this idea for a section, and some oral suggestions for contributions, I am now reiterating this in a formal call for papers on this topic. So that the material could be edited and possibly still published during the 50th anniversary year, 2014, I am asking that abstracts, be sent to me by October 1, 2014 and final papers by Nov.1, 2014. Because of the unusual character of this topic for LSJ, submissions of any length will be considered and may be in other than regular essay form, if the muse strikes one (verse anyone? pictures?). 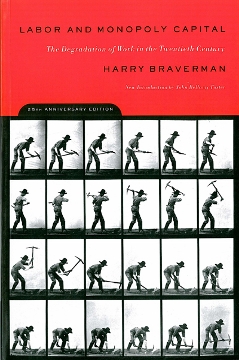 Braverman's book is one that all people in our, and related, fields have been influenced by and a discussion of that influence at the 50 year mark could help us all assess the state of research and discussion in one of the important areas of political economy, namely labor process studies. 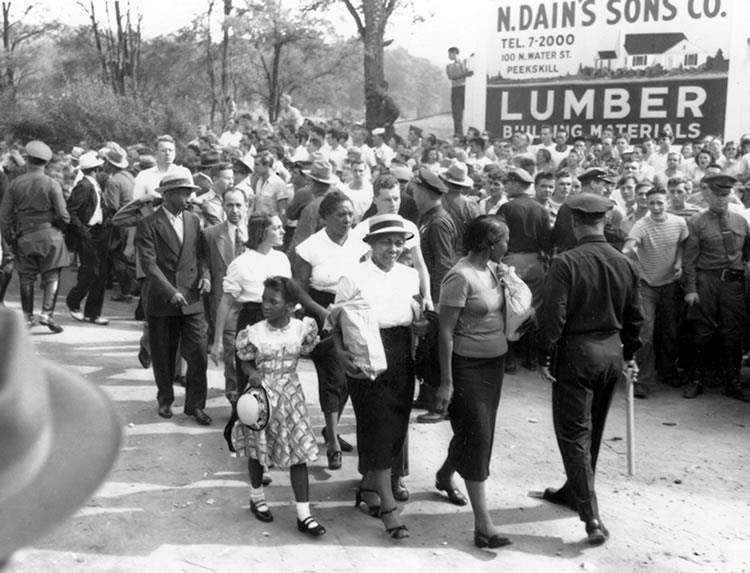 On September 4, 1949, the rescheduled benefit concert for the Civil Rights Congress with Paul Robeson was held in Peekskill, New York after the first attempt was brutally attacked by racist mobs. Security, organized by labor unions, was tight with union members standing in a circle of protection around the entire concert grounds and sitting with Robeson on the stage. However, about 140 attendees were beaten as they left the concert. Learn more in this account by author Howard Fast who was there.

[Thanks to Zinn Education Project for posting.] 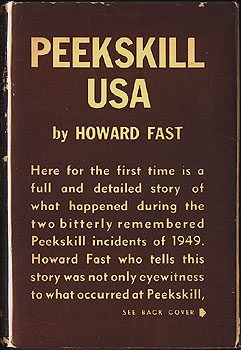 VIDEO: Pete Seeger Recalls the 1949 Peekskill Riot Where He and Paul Robeson were Attacked 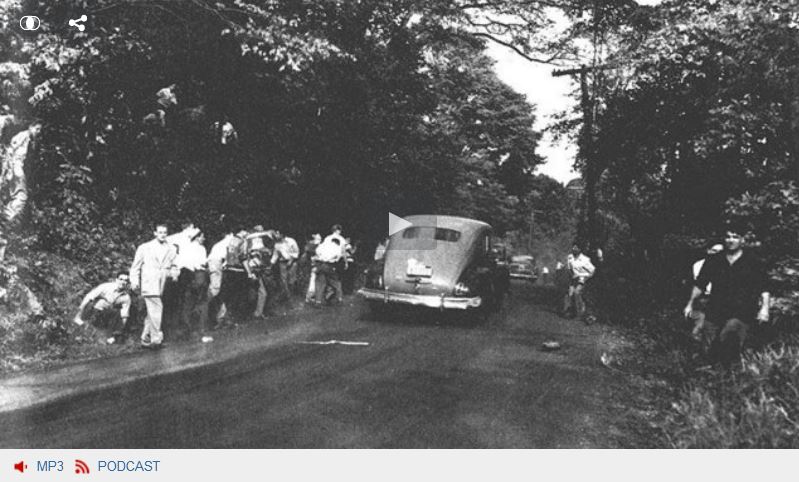 Watch an exclusive excerpt from our 2004 interview with the legendary folk singer and activist Pete Seeger... We searched our archives and found Seeger's description of the Peekskill Riots of 1949, when he and the singer and actor Paul Robeson were attacked after they performed.

Watch a related interview with historian Will Kaufman, author of the book, Woody Guthrie, American Radical. He describes the singer's experience at the Peekskill riots, and sings one of Guthrie's songs about the incident. 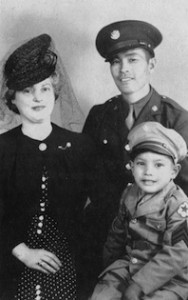 Elaine Black, a Communist labor organizer with the International Longshoreman's Union who argued for free day care for women and equal pay for equal work back in the 1930s, was born in New York on this date in 1906. As a child, she relocated with her leftwing parents to San Diego, where her father ran a dry goods store. In the 1930s, Black rose up within the clerical staff as a political force within the ILU.

When, as part of her work, she bailed out of jail Karl Hama Yoneda, a Japanese American activist who'd been arrested at an ILU-sponsored demonstration, the two became lovers. California's "anti-miscegenation" laws prevented them from marrying until 1935, when, facing legal charges for her involvement in a free speech campaign, her lawyers advised them to go tie the knot up in Washington. When her husband was sent with 1,000 other Japanese Americans to the internment camp in Manzanar, California, following the bombing of Pearl Harbor, she and their toddler son moved there, too. After the war, she and Karl worked for years to ensure that the internment of Japanese Americans would not be forgotten. She was active until her death in May, 1988, one day after attending a rally in support of Jesse Jackson's presidential campaign.

[Thanks to Jewish Currents for posting.]