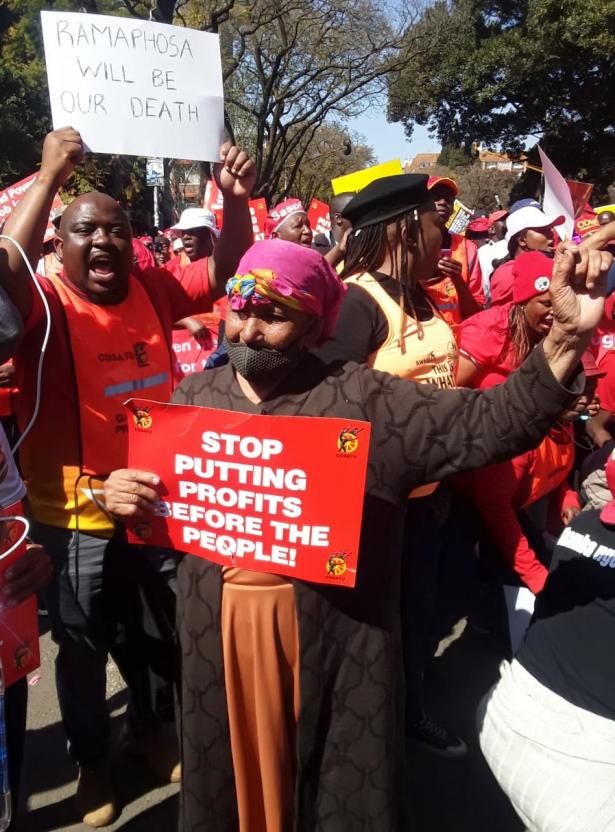 A crowd of protesters gathers at Burgers Park in Pretoria ahead of the Saftu march, on 24 August 2022. Credit,Shiraaz Mohamed

Wars in the late twentieth century were closely related to control over energy sources like oil. The twenty-first century may see growing water wars. Increasingly, the change resulting from anthropogenic rifts in the Earth System metabolism has come to define a sphere of struggle over influence, control, and appropriation that is now a major aspect of contemporary imperialism.

Across the country, workers affiliated with the two largest trade unions, the Congress of South African Trade Unions (Cosatu) and the South African Federation of Trade Unions (Saftu), took a day of protest action to send a “clear message” to government and employers.

Amazon has been hit by walk-outs and strike action across the globe in protest at poor pay and conditions, as inflation hits economies everywhere. After wildcat strikes in the UK following a pay offer that amounted to a real-terms pay cut, workers in the US, Turkey and Germany have staged strike action and protests over the last fortnight.

A statement calling for worldwide support for the people's demand to end the bloody rule of the military junta in Myanmar. See the list of 369 signers here (scroll down).

The collapse of the government and the social upheaval, which forced the president to flee the country, was a result of a long wave of popular resistance. Among the protesters pushing for a more just resolution to the ongoing crisis was the head of the Ceylon Teachers’ Union (CTU), Joseph Stalin, who police arrested earlier this month for involvement in the protests.

Politics needs to be grounded in a worldview that’s coherent and comprehensive and empirical, and science is crucial to this, as the cutting edge of empirically grounded knowledge.